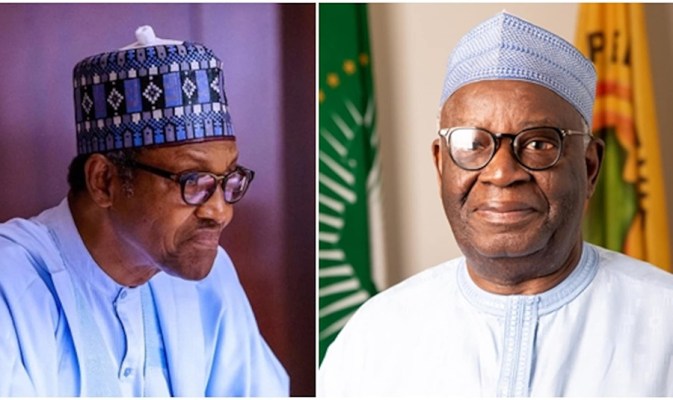 Responding to posers from State House Correspondents shortly after the virtual Federal Executive Council, FEC, meeting, presided over by President Buhari on Wednesday, May 13, Prof. Gambari, said, “I think he needs my loyalty, competence and support.”

Gambari was responding to a question on what he thought the President expected from him in the discharge of his duties. He said, “I want to thank the President of the Federal Republic of Nigeria for giving me this opportunity to serve him and of the country.”

Responding to what he thinks Nigerians expect from him as he assumes office as CoS in place of late Abba Kyari, who died last month of COVID-19-related complications, the former Minister of External Affairs and Nigeria’s Permanent Representative to the United Nations, UN, said, “I have not started, so I will find out and maybe…I don’t report directly to the nation, I report directly to the president.”

The former UN Under Secretary-General, who served as External Affairs Minister under Buhari as military dictator between 1983 and 1985 revealed that his guiding principle as the CoS is to “serve the president to the best of my ability.”

Gambari, a scholar-diplomat and Founder/Chairman of the Board of Directors of Savannah Centre for Diplomacy, Democracy and Development, a non-governmental think-tank on research, policy studies, advocacy and training on the nexus between conflict prevention and resolution, democratization and development in Africa, has had an illustrious career, spanning academia, government and international diplomacy, culminating with his appointment as the first United Nations Under-Secretary General and Special Adviser to the Secretary-General on Africa between 1999 and 2005.

Prior to all of these, he was External Affairs Minister; before becoming Ambassador/Permanent Representative of Nigeria to the United Nations from 1990 to 1999. He served as Joint AU/UN Special Representative in Darfur and Head of UNAMID from 2010 to 2012. Presently, he chairs the Panel of Eminent Persons on the African Peer Review Mechanism, APRM.

He had his secondary education at the Provincial (now Government) Secondary School, Ilorin before proceeding to the Floreat Collegium Kings College, Lagos. He bagged a Bachelor of Science degree, with honours in Economics from the London School of Economics, LSE in 1968; before bagging his Masters’ and Doctorate degrees in Political Science/International Relations in 1970 and 1974 respectively from Columbia University, USA.

As an academic, he has taught in universities in the Unites States, Nigeria and Singapore and has authored a number of books and received several academic and national honours, including the Commander of Federal Republic of Nigeria, CFR; and the Order of the Champion of the Oliver R. Tambo, OCORT, of South Africa.

Married with children and grandchildren, Prof. Gambari was the pioneer Chancellor of the Kwara State University, KWASU, Ilorin, and currently the Pro-Chancellor and Chairman of the Governing Council of Bayero University, Kano, BUK.