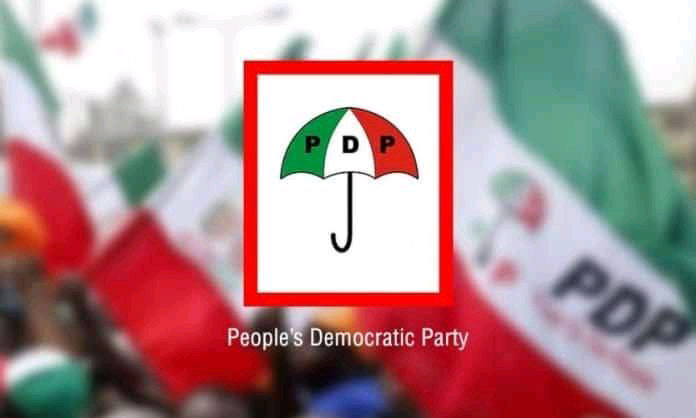 … ‘APC Should Be Ashamed Of Ajimobi’s 8-Year Misrule’

Oyo State chapter of the Peoples Democratic Party, PDP, has blamed the immediate past All Progressives Congress-led administration in the state for the incubation of the violent groups that currently threaten the security of the state.

Speaking on Friday in a statement made available to journalists, the state PDP Publicity Secretary, Engineer Akeem Olatunji, said that attempts by APC chieftains to celebrate what they called the legacies of former Governor Abiola Ajimobi was misplaced and unfounded.

He said, “We have it on good authority that the current security challenges faced in the state emanate from activities of rival violence-prone groups which the APC administration of Senator Ajimobi allowed to fester, leading to the series of threats to peace and security across the state, which Governor Seyi Makinde has been finding solutions to.”

Berating the APC policies while holding sway in Oyo State, the PDP described the opposition party as “the architect of present hoodlums-led vandalism in parts of Ibadan in recent times.”

It said, “For the avoidance of doubt, the Seyi Makinde-led government will leave no stone unturned to arrest the situation.”

The press statement further said that history will neither forget nor forgive members of the APC for thinking that residents on the state would forget so soon how the now opposition party then allowed ‘One-Million Boys’ to reign supreme in Ibadan, leaving many residents in perpetual fear.

Explaining that it is public knowledge how the APC government treated the ‘One-Million Boys’ gang with kid’s gloves during their reign of terror and allowing the gang grow and spread tentacles so wide that many employable youths, who APC’s draconian government had rendered almost unproductive resorted to hooliganism, the PDP maintained that notable among many other acts of terror unleashed on residents of Ibadan was the tragic incident as reported by the Vanguard newspaper on 30th December 2016, when the ‘One-Million Boys’ gang unleashed terror on Ibadan residents, killing a hairdresser and her child in the process.

Recall that the fracas, which broke out between two warring rival groups; ‘One-Million Boys’ and ‘Indomie Abe Igi,’ sacked some parts of Ibadan metropolis, like Beere, Born Photo, Ilupeju, Agbokojo, Mapo, Idi-Aro and Akala Way, during the supremacy battle.

The party said, “There are many other distasteful experiences to recount, but when the PDP then in the opposition did everything possible to caution the APC government, it was trivialized because leaders of both rival gangs enjoyed maximum patronage and support from the APC government, especially because they help in shutting the voice of opposition and perceived political enemies of the APC.”

The PDP added that the present Makinde administration will not be deterred by what it described as malicious propaganda adopted by the Oyo APC to repair its already battered image and its total rejection by the people who are wiser now.

It continued, “We like to set the record straight, because whatever we do today either in government or in the opposition, will become history tomorrow, and that will determine if posterity will be kind to us or not.

“The good people of Oyo State can now see very clearly what the monster created by the APC government has turned our dear state into.

“Just like how a Northern State government hobnobbed with vicious hoodlums and political thugs in a bid to silence opposition and perceived political enemies, the APC government not only hobnobbed, but also channeled state resources to grease the ego of notorious gangs in Ibadan, in the name of ‘One-Million Boys’ and ‘Indomie Abe Igi Boys’ while they were in power.

“This condemnable move we know for sure was not unconnected with the fact that the then APC suffered great bereavement of creative ideas and initiative that could yield visible results in the area of human capital development, hence, it resorted to hobnobbing with and financing thugs, hoodlums and other gangs in a failed bid to project a false sense of security and peace in Ibadan.

“What the APC government successfully did was to create a monster in the gangs, who were used to free money given to them.

It is clear that by deploying state resources to grease the ego of notorious gangs in a 21st century polity is simply synonymous with what happened in a Northern state which was known for romancing violent gangs only for the situation to degenerate as the groups transformed into full blown terrorist organizations, who have today subdued the state and degraded its security.

“The Makinde-led government has shown unprecedented level of commitment towards security of lives and properties of all residents in the state by the huge investments on security architecture in the state, which is clearly before all Nigerians to see.”

The statement further reads, “The present administration believes that the only way to a lifelong financial freedom is self reliance, which was why it is investing heavily on youth capacity development and empowerment, all geared towards self reliance and sustainability, while also improving the state’s internally generated revenue.

“We know as a party in government that the task of changing the narrative through investment on human capital development, especially one directed at reintegrating the hoodlums and gangs from the lifestyle of total dependence on taxpayers money to keeping them silent, will be tough, but we are committed to see it through, knowing fully well that it is the responsibility of a true leader to take his followers, not just to where they want to go but where they need to be.

“We urge the Oyo State chapter of the APC, to in the spirit of civility and honour, cover its face in shame seeing what its thirst to hold on to power at all cost is presently causing the state.

“The APC should stop the collective insult to our sensibilities by coming to the public space to further expose its shameful legacies.

“Being the party in the opposition does not qualify the APC to promote falsehood and irresponsible political conducts or speak frivolously, just to catch the attention of the public.”