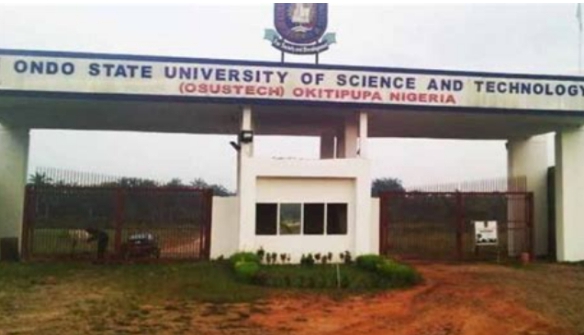 A two-week mid-semester break has been handed down to students of Olusegun Agagu University of Science and Technology, Okitipupa in Ondo State by the management of the institution, following threat of insecurity occasioned by incessant attacks by hoodlums on the student populace.

Confirming the development, students of the school disclosed that the notice for the shut down, pasted on campus on Friday tagged it a “two-week mid-semester break.”

The notice directed the students to return home for cover.

The students also revelaed that some gunmen raped five female students of the school, a development which led to a peaceful protest by the students on Thursday to register their displeasure over incessant robbery attacks in their hostels, threats to their lives and properties and rape of female students by hoodlums suspected to be coming from the neighbourhood.

During the peaceful protest, the students partially blocked the Okitipupa-Igbokoda road, disrupting the free-flow of traffic to vent their anger.

President of the Student Union Government, SUG, of the institution, Damilola Okunomo, confirmed the raping of the students, insisting that the students were tired of the level of insecurity in the area.

He also confirmed that the hoodlums rob students of their valuables, like phones, laptops, gadgets and rape female students at will at gunpoint.

The SUG President confirmed that four female students were raped two weeks ago, alleging that the institution’s management was not doing enough to secure the lives and properties of the students.

He said, “We are tired of this insecurity; armed hoodlums usually come to our off-campus hostels, rob students at gunpoint, and also rape our female students.

“The school management is not to doing enough as we are the ones securing ourselves by working as vigilantes most times; the situation is terrible.

“We urge the school management to do its best in securing us and complete all the uncompleted hostel accommodations in our campus, as this will also guarantee our security.”

Another student who spoke under the condition of anonymity said that she and her colleagues had to relocate to squat with a friend because of the activities of burglars and rapists, who had threatened to use charms on them.

She said, “There was a night they came to our residence, stole our phones, laptops and wounded one of us. We reported the incident to the Police and the Amotekun Corps without any action, instead they were demanding bribes from us before they can carry out their jobs.”

In his reaction, the Dean of Students’ Affairs of OAUSTECH, Ilemobayo Oguntimehin, insisted that the school management was doing its best to secure the lives and properties of the students.