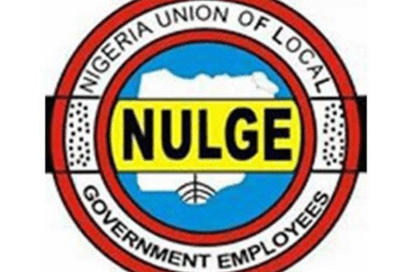 Members and the leadership of the Nigeria Union of Local Government Employees, NULGE, in Kwara State are now in court, challenging an alleged illegal dissolution of their executive and imposing non-members as a caretaker committee.

The matter, which was earlier entertained at the National Industrial Court of Nigeria, sitting in Akure, Ondo State, had ruled against them and they, at the weekend filed an appeal against the judgement at the Court of Appeal of Nigeria siting in Ilorin.

A press statement signed by Comrade Yusuf Ayinla Saliu, NULGE President in Kwara State, kicked against an alleged statement issued by the committee headed by one Comrade Kawu Atolagbe Agaka.

The NULGE President said though the judgement of Justice K.D Kamulak of the Industrial Court, Akure did not rule in their favour, he still did not recognize the caretaker Committee of Agaka, which he described as “illegal”.

Yusuf said Agaka is “by all standard not a member of NULGE, having withdrawn his membership since 2015, and not even remitting any due to the union ever since.

He declared, “One begins to wonder how such a personality wants to head a union where he has ceased to be a member.

“Based on the aforementioned, the State Executive Council of the Union wishes to implore our members to remain calm and go about their lawful duties as the judgement in question has been appealed in a court of competent jurisdiction.”

The NULGE chief promised that “the ploy to distract the executive from engaging in the duties and responsibilities of the union by any group or their cohorts will be vehemently rejected, using every available legal means.”

The Union and its president had approached the Industrial Court in a suit no NICN/IL/01/2020 against Comrades Kawu Agaka, Oni John Akintayo, Abdulkareem AbdulRaheem, Risikat Babatunde, Abenilakoju Idiat, the Attorney General and Commissioner for Justice, the Commissioner for Local Government and Chieftaincy Affairs as well as the governor of Kwara State over the dissolution of its executive and appointment of a caretaker over them.

The court in its judgement on September 30, 2020 had refused all the reliefs sought by the claimants and dismissed their suit for lacking in merits.

However, in its appeal notice before the Appeal Court in Ilorin, NULGE prayed for a leave to appeal against the earlier judgement of the Industrial Court.

No date for hearing by the Court of Appeal has been fixed as at the time of filing this report.