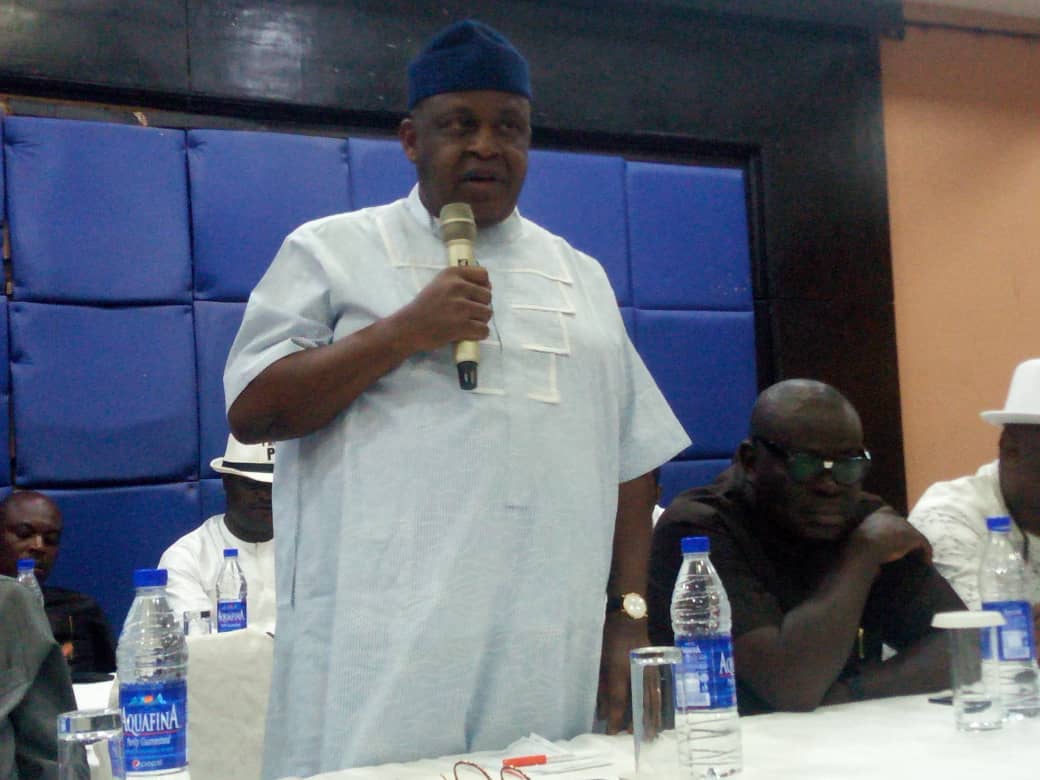 …Says They Have Skeletons In Their Cupboards

The National Vice Chairman, South-South of the Peoples Democratic Party, PDP, Chief Dan Orbih, at the weekend accused state governors elected into office on the party’s platform in 2019 general elections, but decided to dump the PDP for the ruling All Progressives Congress, APC, of having something to hide.

The zonal vice chairman of the PDP made the accusations in a speech he delivered during the just concluded PDP Stakeholders’ Forum, which at Transcorp Hotel, Calabar, stressing that he and his team were in Cross River State to fraternize with the PDP family in the state after the party lost a state governor to the APC two weeks ago.

Orbih, who came to Calabar in company of the party’s zonal Secretary, Treasurer and Youth Leader, to the solidarity movement to put their heads together with some top party leaders and strategize on how to claim the state party secretariat which was converted to APC Secretariat by the state governor, after crossing over to his new party.

Orbih stated that the South-South remained a PDP stronghold irrespective of the governor’s defection, stressing that Cross River State remains a PDP state, considering the fact that the party has majority of elected members at the National Assembly.

Lamenting the attitude of some politicians, who take delight in gallivanting from one political party to another to the extent that they even dumped a party which provided the ladder for them to climb to the position of a state governor, Orbih said that unfortunately the governors now decided to launch a fight with the very party that brought them to limelight, provided various elective positions/appointments to high places of authority, only to push the ladder that aided them to climb to the echelon of their career.

Orbih said, “I urge Nigerians to retrace their steps and embrace the PDP. We raised people to become local government chairmen, commissioners, governors and senators, and they ran away to hide in APC. We shall follow them till they fail in their new party.

“Let me state here that South-South is PDP, Cross River State is PDP, with or without Ben Ayade. I have seen the courage of our elected people opting to remain in PDP.

“I was a PDP Chairman in Edo State, when we had only two elected senators. Today we have all PDP senators. Yours won’t be a long walk to freedom.”

He also lampooned the people of the region still priding themselves as members of the APC, even as he charged leaders of the PDP not to make the mistake of giving opportunity to individuals who do not have the interest of the PDP at heart to vie for the position of governor again in the 2023 polls.

Orbih stated that the time has come when men who are only interested in stomach infrastructure should not be allowed to run elections, but only men of honour with proven integrity should be allowed to vie for sensitive position of governor.

Maintaining that as a party, strategies on how the secretariat of the PDP taken away from the PDP by the governor after he crossed over to the APC would not be discuss in the forum, Orbih stressed that it is a secret that will be discuss by the party hierarchy alone.

In his remarks, former governor of Cross River State, Liyel Imoke, who is branded by party faithful as the “Iroko” of the party in the state stated that it was ridiculous for any one to boast that PDP will lose elections in the state in 2023 since the state governor has moved to the APC.

Wondering why a single individual, who they all gave power to some years ago can begin to boast that any one who failed to accompany him to tbe APC would faced stiff penalty for failing to heed his directives, Imoke charged those in elected positions, who has chosen to remain in PDP to be dogged and steadfast as the constitution protects them and guarantees them all entitlements and benefits.

He further stressed that the party is solidly behind them in the event of any form of victimization from the state governor.

He said, “We are committed to Cross River State, and we are all one family and have been together in this game, just as we have brought up the younger generation who would take over the party and state as the future belongs to them. We are not afraid of anything just as there are no threats at all.

“We are grassroots and believe in collegiate government. The defection has made us stronger and, come 2023, we would return a PDP governor to Government House.”

The former lawmaker maintained that the time has come when wheat is to be separated from the chaffs, adding that its good that the party leadership has now realized “our fault so that the pieces can be picked.”

He added, “This is the original PDP. We shall recover our lost wards, local governments and state. It is now we know the genuine PDP without food on the table. We need unity and re-organisation, so that we can come out strong to give the people hope.”