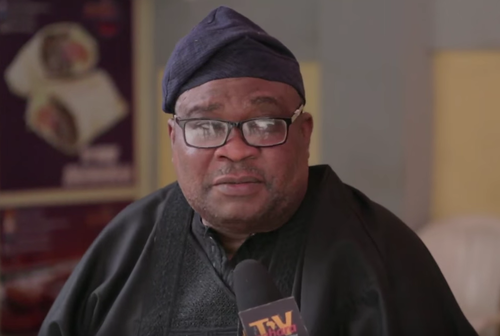 An Ekiti State Peoples Democratic Party, PDP, chairmanship aspirant, Dr. Tope Aluko, has rejected in its entirety, the consensus candidacy arrangements mooted by some elders of the party state congress scheduled to hold on April 2.

Vowing to oppose the consensus candidacy idea being mooted by factional elders and stakeholders caucus of the party, Aluko averred that every contender must be ready to test his popularity at the congress.

Recall that the PDP elders had last Saturday adopted and endorsed Kolawole, the candidate of former governor of the state, Ayo Fayose, for the seat.

At a press conference in Ado Ekiti, Aluko said he and other aspirants are not parties to the consensus arrangement, describing the purported endorsement as a mere ruse, adding that Kolawole’s endorsement by a group that goes by the appellation PDP Elders’ Forum, does not translate to consensus allegedly being pushed by a certain interest in the party.

Maintaining that only the interested aspirants can reach consensus among themselves to avert unnecessary heated election in the PDP, being the main opposition party in the state, the chairmanship aspirant said that such move can’t be imposed on the party, warning that it would lead to crisis of monumental proportion that would be difficult for the party to resolve.

He said, “I was at the forum where we met with the PDP elders. It was more of consultation by Hon. Kolawole and the endorsement by the elders doesn’t translate to any form of consensual agreement in our party.

“The Constitution of the party is very clear, once any of the aspirants insists on election, consensus can’t work, it can’t be imposed.

“A lot of groups have adopted my aspiration and I never regarded these adoptions as consensual agreement. The proponents of consensus are causing confusion among our members.

“I want my supporters to be firm and discountenance such rumour, because I am still in the race and I remain committed to the cause of winning and rebrand our party and return it to its winning streak in Ekiti.”