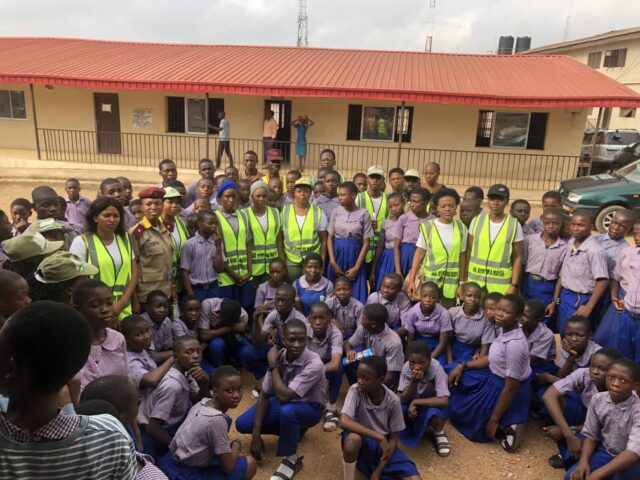 A Road Safety Club and Advocacy programme has been inaugurated by the Oyo State government in the state’s Governor Seyi Makinde’s alma-mater, Bishop Phillips Academy, Ibadan.

This was revealed by the Executive Chairman, Oyo State Road Transport Management Authority, Dr. Akin Fagbemi, who said that it was in continuation of efforts to domesticate the club in Oyo State secondary schools.

The advocacy team, according to Fagbemi, comprising of National Youth Service Corps members, attached to OYRTMA.

Reiterating that the programme is to further enhance the actualisation of the Strategic Roadmap for Accelerated Development Plan 2019-2023 of the Makinde administration, particularly in traffic management and ample reduction of road crashes involving school pupils and other vulnerable in the society, Fagbemi added that the team also intimated the students of the imminent statewide Essay Competition on: “Effective Road Traffic Management Strategies,” scheduled to commence in the second quarter of the year.

The competition is expected to involve university undergraduates as participants, with several awards to be presented to the best candidates.

Revealing that students of Bishop Philips Academy, Iwo Road, Ibadan received OYRTMA’s team with excitement and adopted the initiative by the Oyo State Government to sensitise school pupils on road safety tips, Fagbemi said, “They were received amidst an excited crop of students and staff who could not hide their acceptance and adoption of the initiative by the state government to sensitise the school pupils and teachers on road safety tips, rules and regulations.

Bishop Phillips Academy, Ibadan is the second school in the state where the Road Safety Club would be inaugurated by the state government, following an initial inauguration at Loyola College, Ibadan two weeks ago.