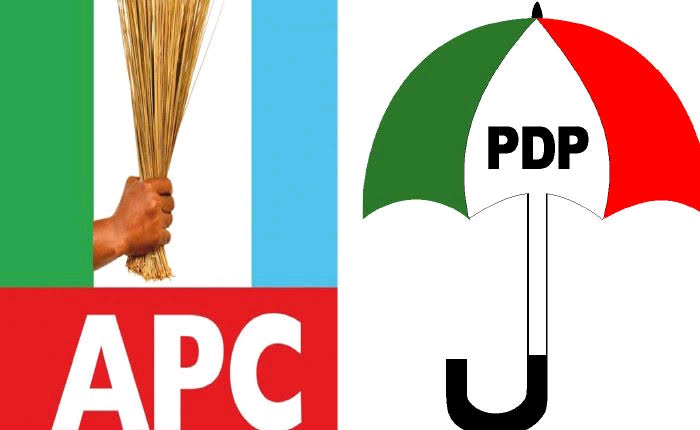 The Ekiti State chapter of the All Progressives Congress, APC, has urged the opposition Propels Democratic Party, PDP, to desist from playing politics of idleness and join the state governor, Kayode Fayemi to move Ekiti forward.

In a statement by Ekiti APC Director of Media and Publicity, Elder Sam Oluwalana, the APC, while reacting reacting to a statement released on Thursday in Ado Ekiti, the state capital, by the PDP, accusing Fayemi of planning to snatch lands from residents and convert same to build ranches for certain individuals, said that “this is actually a lie from the pit of hell, as the governor and the state government has no such plans in the horizon.”

Oluwalana added, “Smarting from a political misadventure some weeks ago in Osogbo, the capital of Osun State, where they got their nose bloodied and returned home with their tails between their legs, the state chapter of the PDP in its usual destructive self, decided to shift attention from their trouncing at the South West zonal congress and came up with a disjointed narrative that would not even impress the most gullible of party faithful.

“For the avoidance of doubt and for the umpteenth time, the state government does not intend to snatch lands from people of the state.

“Even, if the state government has any need to acquire lands for any project, it would go through due process and pay commensurate compensation for such exercise.Those whose lands were acquired for projects like the airport and others can testify to this assertion.”

The APC intimated that the Fayemi administration has several intervention programmes, especially in the agric-related sector that can benefit the PDP and their families.

Advising the PDP to quit indolence nad Idleness and take advantage of over the 7000 hectare of lands already cleared for agricultural purpose across the state,the APC said, “They would be fair to themselves to key into the aggressive mass planting of rice, cassava, cotton and other agricultural crops, including livestock development, instead of fabricating crazy lies that present them as some infantile opposition.

“We know their challenges at the moment, but it will bode well for them to stop hating their state because of envy. They were in government for four years without a single agricultural policy initiative or programme. Ekiti has gone beyond their barren ideas of ‘roforofo’ politics.”

The APC admonished the PDP not to bring back the “one week, one trouble” of yore to Ekiti State that is presently at peace with itself.