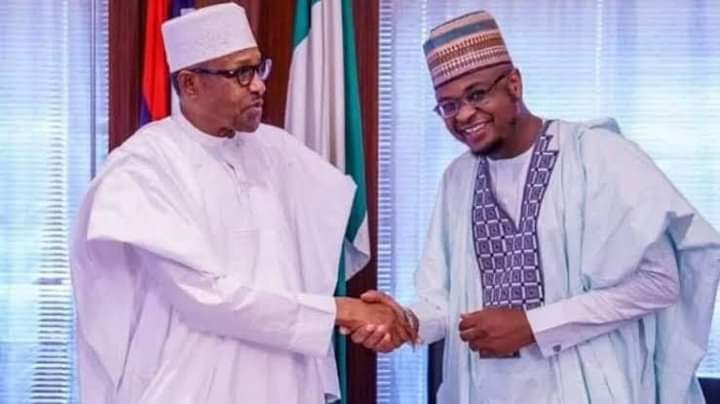 In my earlier post of yesterday, April 22, titled: ‘Pantami: Are You Surprised?’, I clearly established all that the Presidency would later confirm and affirm about the Isa Pantami debacle.

Some people often appear too acritical in their thought processes, when they assume certain things are impossible in an environment where anything goes – a society that disregards conventions, subverts rules and suspends standard practices for primordial choices. That’s an uncanny contradiction.

In a late night chat with one of my bosses, I told him the beauty about my post was the seeming validation it received from the Vanguard Newspaper expose. There’s no telling that the DSS could not have missed out on those crucial details about the Minister of Communication and Digital Economy.

Thus, the choice of Pantami was deliberate. And if you’re still in doubt, put aside his unassuming posturing, President Muhammadu Buhari is an intentional person. Often and out of our palpable naivety, we assume he’s unaware of happenings around him. Stop it. You’ve just been fooled.

So, are you still surprised at the current happening after the steely support and clean bill granted Pantami by the Presidency yesterday? Do you still need some schooling on why Nigeria may continue to be a joke – seemingly? Or would you rather some more explaining on why the Nigerian case may be irredeemable – so to speak?

A certain young man passed through my Instagram post some days ago and inferred that except the “best of us” hopped on the political fray, we might as well give life to the culture of complaining. But my response was simple and straight to the heart of the matter.

Here: “The worst of us will never yield the opportunity (especially where merited) to ‘the best of us’ to turn the tide around. The worst of us hold the aces. They call the shots. They’re at advantage in all the boxes of consideration for proximity to power. So, when you contend that things might not change until the best of us get in the fray, do not forget the imposing hurdles on the way of the best of us.”

It’s that simple. Even where one or two of the “best of us” find their way through to leadership and governance, the kind of indoctrination and initiation they go through before arriving at that station ultimately convert them and they become one of the worst of us. It’s a rogue system.

I like the fact the some people are still hopeful. It’s fine. But stop treating the effects without first addressing the cause. It’s okay to believe in a better tomorrow, but make sure your approach is result-focused. And don’t forget too, that, the current structuring is not intended for success ab initio.

So, whatever you’re doing, be organised, strategic, honest, intentional, determined and thoughtful. Just may be your optimism is all that’s needed for change to take its chances. But, for me, I’d be praying for you.

•Olaleye, a journalist writes from Lagos.