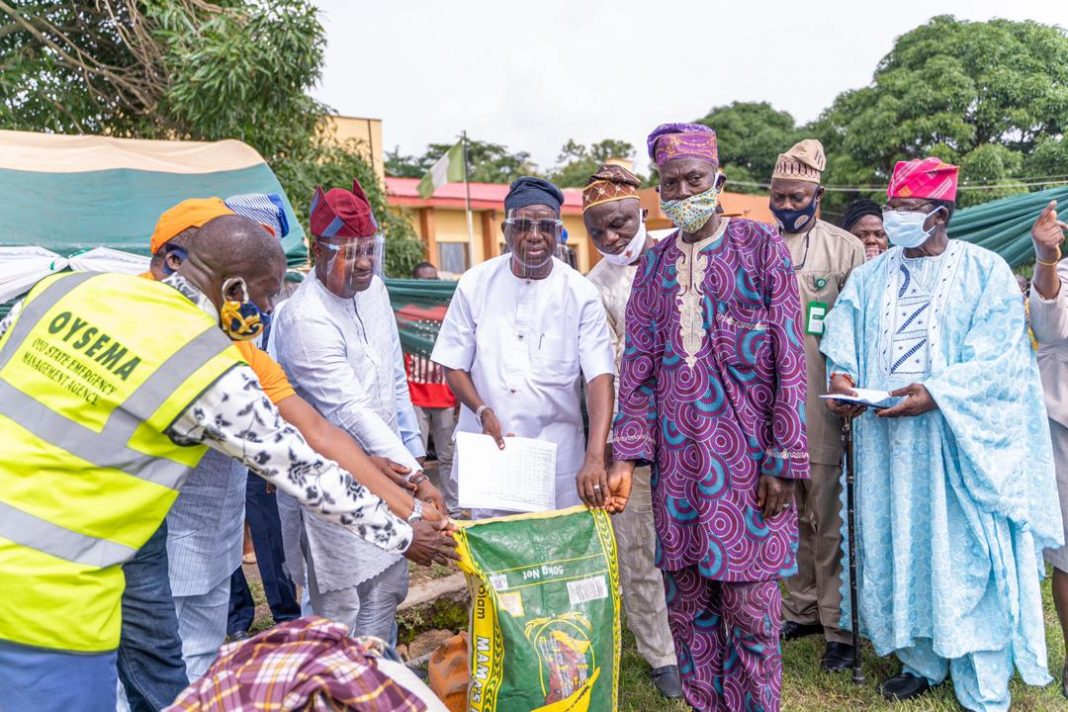 The Oyo State government, in line with the Governor Seyi Makinde-led administration’s commitment to the welfare of Oyo State citizens, in collaboration with the National Emergency Management Agency, NEMA, on Thursday distributed relief materials to victims of the 2019 rain storm and flood disaster in  Afijio Local Government Area of the state

In a statement by the Press Officer to the NEMA DG, ‘Seye Ajagbe, the relief materials distribution, which was supervised by the state Deputy Governor, Engineer Rauf Olaniyan, took place at the premises of Afijio Local Government in Oyo town.

The number two citizen of Oyo State, Olaniyan, said that the local government councils have been enjoined to constitute Local Emergency Management Committees so that disaster management will be localised in order to ensure that the grassroot can promptly react to natural disasters. 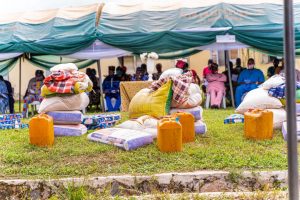 Over 300 residents of Afijio, who lost properties and means of livelihood to the storm and flood disaster benefited from the partnership between the Oyo State government and NEMA, to ameliorate their loss and suffering.

Enjoining the resident of the community to ensure that they do not engage in activities that can cause flood disasters, the Deputy Governor stated that activities such as blockage of water ways with refuse, building on waterways and inadequate drainage systems are human activities that can increase the chances of such disaster.

He therefore appealed to them to embrace environmentally sustainable activities like planting of trees and recycling of waste in a way that saves our planet from adverse climate change and global warming. 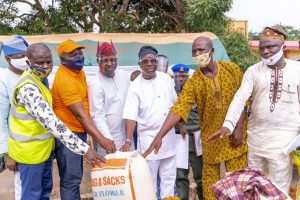 Engineer Olaniyan urged affected the residents to put the disasters behind them and make necessary efforts to integrate into the society, because only an healthy mind can help in national development.

In separate remarks, the director of the State Emergency Management Agency, SEMA, and NEMA, Mr Lukman Arasi and Mr Siaku Lugard, respectively, said that both agencies have been working hand in hand to ensure that disasters that are avertable are prevented to ensure the safety of lives and properties.

They also enjoined individuals to make the best use of the items given to them, be law abiding and take precautionary measures to prevent flood.

Materials distributed to the affected victims include: food items, beddings and building materials.