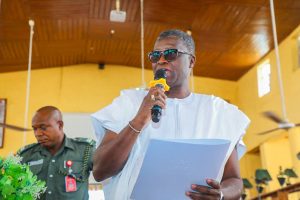 The remains of late former National Chairman and Chairman, Board of Trustees of Alliance for Demicracy, AD, and former Commissioner for Education in the old Oyo State, Chief Senator Mojisoluwa Akinfenwa, were on Saturday committed to mother earth in his hometown, Erin-Ijesa in Oriade Local Government Area of the Osun State.

The body of the late politician was lowered into the grave immediately after a funeral service held at Christ Anglican Church, Erin-Ijesha, which was presided over by the Lord Bishop of Ilesa Diocese of Church of Nigeria (Anglican Communion), the Rt. Reverend Olubayo Sowale. 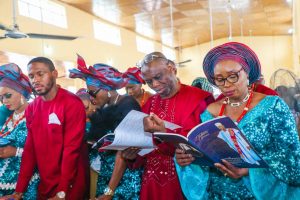 Present at the funeral service to bid late Senator Akinfenwa farewell was the governor of Osun State, Mr Gboyega Oyetola, who was represented by his deputy, Mr Benedict Alabi.

Others include: the former Interim National Chairman of the All Progressives Congress, APC and former governor of Osun State, Chief Adebisi Akande, former Secretary to the Government of the Federation, SGF and one time presidential candidate of the AD, Chief Olu Falae, as well as the former Deputy Governor of the state Senator Iyiola Omisore. 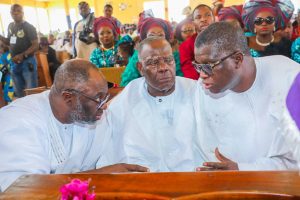 In his tribute to the deceased during the funeral service, Governor Oyetola, while speaking through his deputy, Alabi, commended the deceased for living a life of great service to God and humanity.

Oyetola implored the people to be more committed to the service of God and humanity, noting that our journey in this world is temporary as everyone will give account of his life on the judgement day. 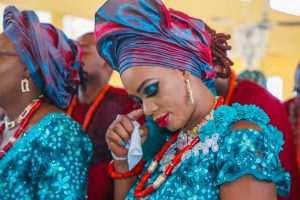 He therefore enjoined the people to be faithful to God and embrace the virtue of goodness.

While saluting the courage and commitment of late Akinfenwa, Oyetola said the contributions of the deceased towards the development of the society from politics to the service of God and to humanity in general is worthy of emulation. 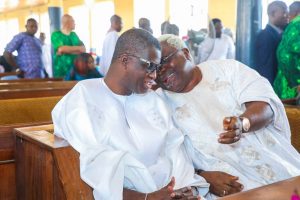 He said, “We must know that our little contribution to humanity counts, that is why I want to call on us all to emulate Papa’s life and contribute in our own little way within the corners of our lives to the progress of humanity.

“We have no doubt that Papa Akinfenwa has built a place for himself in heaven.” 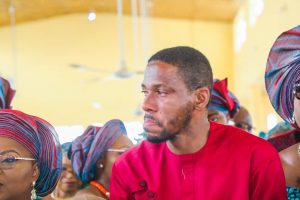 Late Senator Akinfenwa was a member of the Senate and Minority Leader, who represented Osun East senatorial district at the advent of democratic rule between 1999 and 2003, and also served in the administration of late Chief Bola Ige, as a commissioner in old Oyo State.

He died on October 3, 2019 after a brief iliness at the age of 89 and is survived by children and grand children.