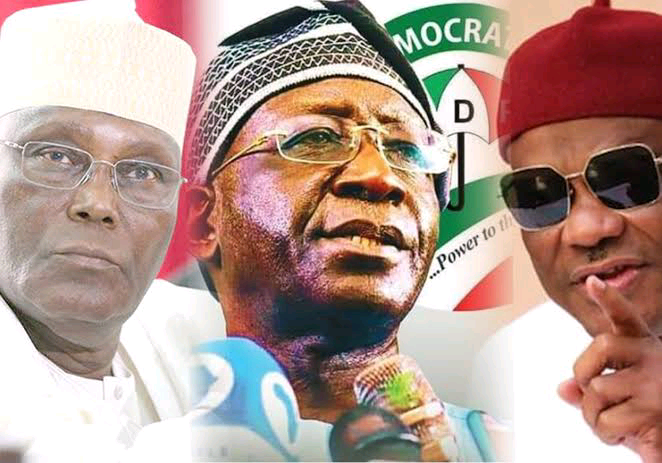 Rivers State Governor Nyesom Wike has insisted that the presidential candidate of the Peoples Democratic Party, PDP, Atiku Abubakar, does not need him in his campaign for the 2023 presidential election and as such, he would not force himself on the candidate.

Wike made this assertion while speaking at the commissioning of the PDP governorship campaign office and the inauguration of the PDP campaign council in Port Harcourt on Monday.

Wike accused Atiku of appointing some members of the PDP in Rivers State into his campaign council without his, Wike’s contribution.

Wike insisted that Atiku doesn’t want him and Rivers people to campaign for him, saying, “The presidential candidate entered Rivers State and picked those he wanted to pick without the contribution of the governor.

“I have never seen how people will disrespect a state like Rivers State and go and choose those who are the enemies of the state.

Recall that Atiku and Wike have been at loggerheads over issues pertaining to alleged agreement by the National Chairman of the party, Senator Iyorchia Ayu, to resign from office if the PDP presidential primary produced a Northern candidate.

However, Ayu has reneged on the agreement, leading Wike and his allies to insist that he should step down before they could be part of the Presidential Campaign Council, PCC, of the PDP .