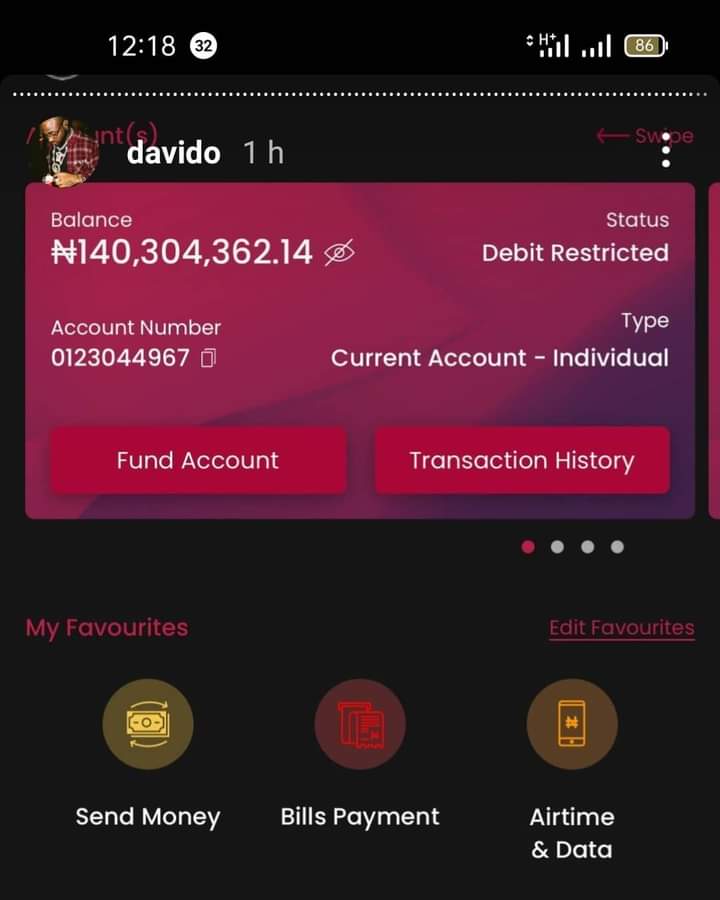 Billionaire businessmen, Femi Otedola and Obi Cubana, fellow entertainers, companies and a baby mama were among those who answered Davido’s call for donations on Wednesday.

Born David Adeleke, Davido took to his social media pages to call out fans and colleagues to send him money to clear his Roll Royce.

After sharing his account details on Twitter, the singer revealed that his aim was to get N100 million from his fans and colleagues.

In less than an hour, the award-winning Davido had made over N53 million in cash transfers.

The singer shared screenshots of credit alerts and his bank account balance on his Instagram story to show the increase in his earnings.

He, however, appreciated some senders without mentioning the amount they sent.

According to Davido’s wishes on Instagram, most celebrities and fans sent him N1m each, while others sent him more or less.

The singer, however, did not disclose the amount sent to him from Femi Otedola, Obi Cubana, E-Money, Patoranking, and some others.

Davido’s baby mama, Sophia Momodu, also sent money to the singer. However, he did not disclose the amount sent.

At the time of filing the report, Davido’s money has climbed to over a whopping N140 million.