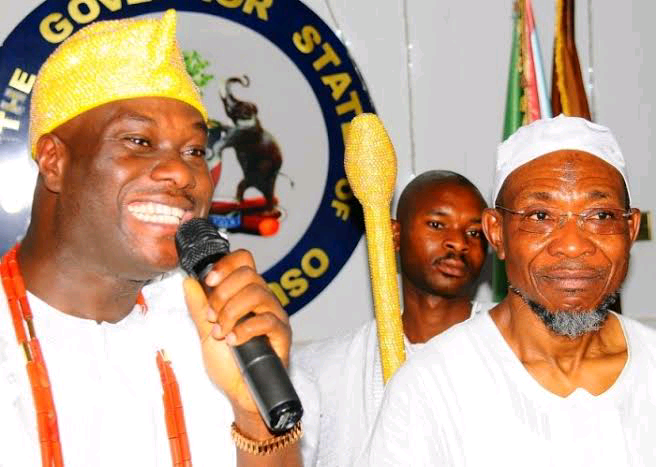 The Arole Oduduwa and the Ooni of Ife, Oba Adeyeye Ogunwusi, Ojaja II, has congratulated the immediate past governor of Osun State and the Minister of the Interior, Ogbeni Rauf Aregbesola, on his 64th birthday anniversary.

In a congratulatory message signed on behalf of the Arole Oduduwa by his Director of Media nad Publicity, Comrade Moses Olafare, Ooni Ogunwusi on Tuesday in Ile-Ife, described Aregbesola as a brave leader.

The first class monarch said that Aregbesola, fondly called Oranmiyan by his teeming supporters, had potrayed the genuine virtues of Oranmiyan.

Identifying the braveness of Aregbesola to that of Oranmiyan, whose reign in Ife, Oyo, Edo and other parts of Yoruba territories could never be forgotten, due to the selfless services rendered to his people, Ooni Ogunwusi said that Aregbesola performed very well when he was a governor and is also doing great as a minister of the Federal Republic of Nigeria.

Wishing the former governor a healthy life filled with prosperity, His Royal Majesty equally prayed that God would continue to guide and guard him.