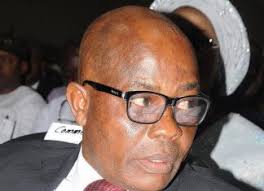 Disclosing this in a statement on Monday, the Chief press Secretary to the governor, Segun Ajiboye, did not, however disclose the reason behind Olawoye’s sack.

Ajiboye, in the statement, also announced a human rights lawyer, Charles Titiloye, as the new Attorney-General and Commissioner for Justice in the state.

“Following this, he has appointed frontline human rights lawyer, Sir Charles Titiloye, as his new Attorney-General and Commissioner for Justice.

“Titiloye is a human rights activist and a renowned social critic. He was former Secretary of the Nigerian Bar of Association, AkurebBranch. His name will be forwarded to the state’s House of Assembly for confirmation.

“Mr Governor thanks the Attorney-General and Commissioner for Justice that has just been removed for services rendered to the state. He wishes him success in his future endeavours.”

Group Appeals To Access Bank Not To Retrench Staff