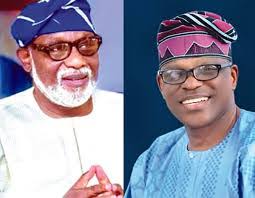 The Ondo State governor, Arakunrin Oluwarotimi Akeredolu, has said that another round of defeat is awaiting his political opponent in the 2020 Ondo State gubernatorial election and candidate of the opposition Peopls Democratic Party, PDaP, Mr Eyitayo Jegede, should he proceed to the Supreme Court to challenge the verdict of the Court of Appeal on the last governorship election in the state.

Recall that the Court of Appeal, sitting in Akure, the state capital, on Wednesday upheld Akeredolu’s victory in the October 20, 2020 gubernatorial election.

But, the PDP has however vowed to challenge the appeal court judgement.

Arriving Akure in Thursday to a tumultuous and rousing welcome by the supporters of the ruling All Progressives Congress, APC, Akeredolu said, “I will win again at the Supreme Court if Jegede decided to challenge the judgment of the lower court.”

Akeredolu promised that his administration would continue to deliver dividends of good governance across the three senatorial districts of the state.

Meanwhile, the National Leader of the APC, Asiwaju Bola Tinubu, has congratulated Akeredolu and his deputy, Lucky Aiyedatiwa, for the Court of Appeal victory.

In a statement by his media office on Thursday, Tinubu, said, “The appellate court’s verdict was emphatic and clear endorsement of the sound judgment of the election petitions tribunal. More importantly, the Appeal Court decision stands for the vital proposition that the rule of law serves to protect the sovereign will of the people, when expressed in free and honest elections.

“By this judgement, the appellate court clearly shows that Governor Akeredolu and Deputy Governor Aiyedatiwa were the candidates whom the people of Ondo State choose to pilot their affairs for the next four years.”

Tinubu therefore urged Jegede to join hands with Akeredolu for the good and development of Ondo State.