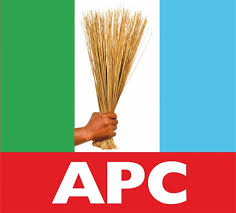 The Unity Forum, a group within the Ondo State chapter of the ruling All Progreasives Congress, APC, has ahead of the October 10 governorship election in the Sunshine State, zoned its governorship ticket to Ondo North senatorial district.

All gubernatorial aspirants in the Forum unanimously took the decision during their virtual meeting held through ‘WhatsApp’ due to the dreaded COVID-19 pandemic.

One of the aspirants, who spoke on condition of anonymity, said that all the aspirants in the Unity Forum have finally resolved to cede the governorship ticket to Ondo North senatorial zone.

The aspirants also agreed to jointly present a credible consensus candidate who will tackle the incumbent Governor Akeredolu.

In a communiqué issued at the end of the virtual meeting, all the Forum’s gubernatorial aspirants stated that the decision to cede the ticket to Ondo North was democratic.

It said, ”The unprecedented mutual relationship among the aspirants made it possible for them to democratically voted to decide the senatorial district to produce the next APC governorship candidate for the October 10 gubernatorial election in Ondo State.

“They decided in favour of Ondo North after counting the votes as follows;  seven votes in favour of and three against Ondo North senatorial district and all the governorship aspirants who participated in the virtual WhatsApp group meeting were happy with the outcome of the election.

“The election has exposed the undemocratic leadership attitude of Alhaji Ali Olanusi, who single handedly picked a seven-man Screening Committee in order to sell the APC governorship ticket to the highest bidder, as alleged by some aggrieved party stakeholders, aspirants and members of the party.”

Chairman of the governorship aspirants of the APC Unity Forum, Dr Olusegun Abraham, also confirmed through telephone the it will be easy to dislodge Akeredolu with consensus candidate from Ondo North.

The communiqué added further, ”We agreed to present only one aspirant that will contest the party’s gubernatorial primary election later this year,  to present the best candidate in order to win both the primary and the general elections and ceding the governorship mandate to Ondo North.”

Assuring the public that they are united and still very much together as an indivisible family, the aspirants further solicited the cooperation and supoort of all APC stakeholders, youth and women wings of the party and general public in order ensure victory at the coming poll.

The virtual meeting was presided over by Dr Abraham, and according to the Forum’s stakeholders, it has further exposed the alleged incompetence of Chief Olanusi to lead the APC Unity Forum.

The group lamented that Olanusi was saddled with the responsibility of salvaging the Ondo State APC and leading the Unity Forum of the party in Ondo State to victory in the governorship election by working with all the stakeholders and aspirants of the party, but he allegedly compromised the Forum.

The group said, “He set up a seven-man Screening Committee, headed by Senator Yele Omogunwa; with Prof Sola Ehindero as Secretary.

“He single handedly picked seven members of the Screening Committee without the consent of the party stakeholders or the aspirants.

”Three members of the Screening Committee, as constituted by Olanusi, are from Ondo South senatorial district and two out of the three are from Olanusi’s former party, the Peoples Democratic Party, PDP; and two of the members from Ondo Central are also from the same local government, which exposes his own personal agenda.”

Meanwhile, a youth group in the state, The Integrity Group, TIG, had earlier urged Olanusi to resign as the Chairman of the Unity Forum of Ondo State APC within 48 hours or face suspension from the party, over the allegation of collecting N50 million bribe he allegedly collected from one of the APC governorship aspirants to pave way for his emergence as candidate of the Unity Forum.

TIG president, Mathew Olokere and some leaders of the Forum insisted that Olanusi and Olusola Oke have the ulterior motive of hijacking the APC for the PDP in Ondo State or pave way for the emergence of Akeredolu.

Olanusi, a former dwputy governoe to former Governor Olusegun Mimiko, had been asked by the stakeholders to step aside and allow an independent body to probe the allegation of bribery against him, but he has remained the judge in his own case.