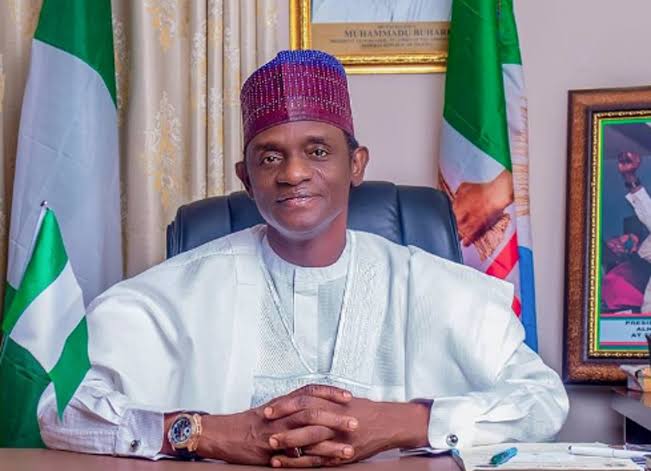 Barely 24 hours to the conduct of the gubernatorial election in Ondo State, a chieftain of the All Progressives Congress, APC, Mr Kalu Kalu Agu, has approached a Federal High Court in Abuja, seeking to stop the APC and its governorship candidate, Mr Olurotimi Akeredolu, SAN, from participating in the poll.

Beside Akeredolu, the plaintiff also want two others to be prevented from the upcoming elections in the country and they are the APC’s candidates: Mr Abiru Tokunbo and Mr Frank Ibezim contesting for Lagos East and Imo North senatorial districts respectively.

The aggrieved chieftain is seeking the exclusion of the APC’s candidates from further elections pending the determination of the suit challenging the dissolution of the Comrade Adams Oshiomhole-led National Working Committee, NWC, by the National Executive Committee, NEC, of the party on June 25 this year.

His grouse is that the APC is presently being administered by a caretaker committee, rather than an elected NWC.

The plaintiff in the suit filed on his behalf by his lawyer, Mr Ukpai Ukairo, is claiming that nomination of candidates for an election by law ought to be by no other person than the Chairman and Secretary of the party.

He specifically accused INEC of “accepting, notifications and letters from the 3rd to 14th respondents and in that process qualifying persons as candidates in election being conducted by it when the names of such candidates were not submitted by the National Chairman or/ and Secretary of the APC”.

In a 53 paragraph affidavit, deposed to in support of the suit, the plaintiff averred that, “there is no lawful provision for a Caretaker Committee to run the affairs of a political party at all, including the 2nd defendant.”

He also averred that INEC did not receive any notice of primary election for the selection of APC’s candidates in the governorship election in Ondo State as well as the senatorial bye elections in Lagos and Imo states duely “signed by the National Chairman and Secretary of the 2nd defendant/respondent.”

The plaintiff, who is a Youth Leader of the APC in Abia, argued that as at the time the caretaker committee was inaugurated by the NEC, the NWC had barely spent two years from their four years in office.

He added that since the constitution of the committee, INEC has been interfacing with them as national officers of the APC; adding that the electoral umpire received names submitted by the committee for the governorship poll in Ondo and the forthcoming senatorial election in Lagos and Imo states.

While claiming that it is his civic responsibility to respect and uphold the provisions of the 1999 Constitution and any Act of the National Assembly, the plaintiff said he does not want the APC to “lose its status as a political party, due to non registration of its national officers with INEC.”

Further claiming the illegality of the caretaker committee, Agu stated that Article 17(iv) of the APC’s Constitution provides that no officer in any organ of the party shall hold executive office in government, adding that while the chairman of the committee is a serving governor, the committee itself is made up of people who were not elected.

He therefore prayed the court for an order of interlocutory injunction pending the determination of the substantive suit restraining INEC from acting on any document submitted by the APC in relation to any election it is conducting, “in so far as such documents is under the hands and signatures of the caretaker committee or any of them, directed at qualifying any person howsoever as a candidate for the purpose of any such election which by law ought to and is being conducted by INEC.”

He further prayed the court for another order restraining INEC from placing the APC in the ballot for any election it is conducting, “or where already placed from ascribing any vote to the APC in so far as the names and particulars of any such candidate was submitted to INEC by or under the hands and signatures of the 3rd to 14th respondents.”

He also prayed the court to restrain INEC from ascribing any vote to Akeredolu, Tokunbo and Ibezim in the governorship and senatorial elections respectively.

Agu also filed an affidavit of urgency, praying the court to give expeditious hearing in the suit because the six months tenure of the committee to conduct a national convention for the election of the NWC would soon come to an end.