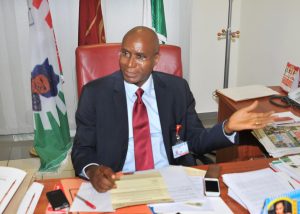 The Deputy President of the Senate, Senator Ovie Omo-Agege, has unequivocally condemned the killing of a Catholic seminarian in Kaduna, even as he assured that the National Assembly will work with the executive to resolve the security challenges confronting the country.

He gave the assurance in Abuja when he played host to the alumni of the Psycho-Spiritual Institute of the Catholic University of Eastern Africa, Nairobi, Kenya (Nigeria and Cameroon chapters), as well as members of the St. Thomas More Catholic Chaplaincy, National Assembly.

In a statement signed by the Deputy Senate’s Special Adviser, Media and Publicity, Yomi Odunuga, Omo-Agege who represents Delta Central senatorial district harped on the need to rejig the nation’s security architecture to halt the security challenges facing the country.

While reacting to the recent killing of a Catholic seminarian, Michael Nnadi, by gunmen in Kaduna State, Senator Omo-Agege informed the clerics that “this is one death too many. We are going to do something about it. We have all decided here in the National Assembly, working with the executive arm, to see what we can do to rejig the security architecture of this country so that incidents like these are either nipped in the bud or reduced to the barest minimum.”

He added, “And we are taking the bull by the horn. We have taken this very seriously, working with Mr President. We just inaugurated a committee made up of very seasoned men and women who are currently serving in the Senate, to help us make a review and recommend to us what we should do before communicating same to Mr President.

“There has been so many suggestions on the table that came out during our debate a couple of days ago. Some suggesting that we create state police to address some of these concerns. Some are suggesting that rather than state police, we should go for community policing, where we will bring in the average man and woman in the community as we had in the past, to provide and gather information and intelligence to be shared with the reformed, existing police structure.

“This is the first time in a very long time that both the executive and the legislature are trying to come together and address this once and for all. We will do this to make sure that the death of our brother, Michael, is not in vain.”
He commended the priests for providing psycho-spiritual therapy to the people.

Earlier, President of the alumni, who also doubles as a priest in the Catholic Diocese of Zaria, Reverend Father Katum Istifanus, expressed sadness over the killing of the seminarian, even as he called on the National Assembly to work with the executive to halt the current security challenges.