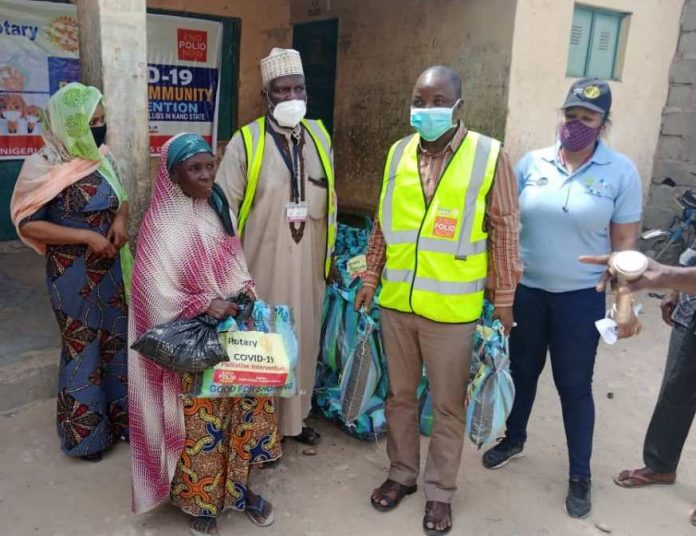 North West Zone District 1925 of the Rotary Club International has urged the Federal and state governments to consider the plight of vulnerable persons when formulating policies, especially, as it concerns palliatives at this very critical time of COVID-19; noting that this will help to earn public trust in government programmes.

Coordinator of the zone, Nuraini Jimoh, said this on Tuesday, May 12, Sauna Kawaji ward, while addressing journalists during the distribution of palliatives to 500 households in Kano State; adding that  governments, when enacting policies, should take cognizance of the fact that vulnerable persons exist within the strata of the society, and also appealing that governments can only get trusted by the people if policies touch all.

He said the palliatives, which included rice, sugar and beverages, being distributed in seven location across the state has by the Rotary Club International has a street value of N2 million, even as he explained that the beneficiaries were selected from the midst of those adjudged to be the most vulnerable.

He also appealed to Nigerians to continue to adhere to medical directives that were issued to fight against the spread of the COVID-19 pandemic.