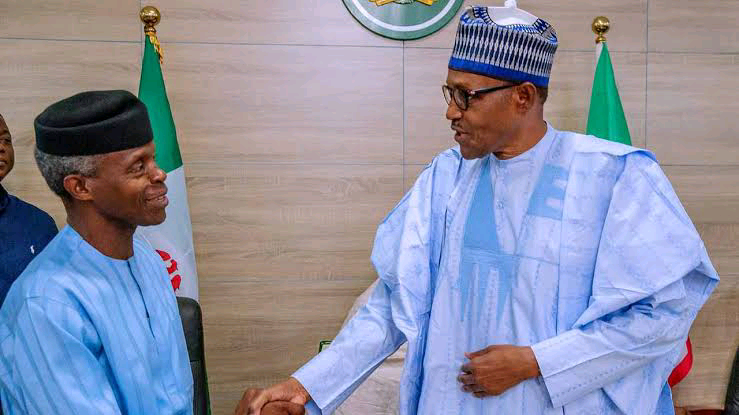 If necessity is the indisputable mother of invention, creativity is its anonymous father. Undoubtedly, the human mind is a complex mechanism. A reflection of the mind’s complexity is seen in its perpetual preoccupation with self-gratification as exemplified by biblical and quranic stories of creation.

Self-gratification towered above obedience plus penitence on the day Eden witnessed the nakedness of Adam and Eve, and Adam hid behind a finger, ashamed to meet his Creator. Husband and wife never really said sorry for the very first sin, but both hid to preserve self-pride amid excuses.

According to the father of psychoanalytic theory, Sigmund Freud, human behaviour can be compartmentalised into three distinct boxes namely: instinct, reality and morality.

In corroboration of his belief, Freud, a Jew, unveiled to humanity the three parts of the human mind, which he explained in his Personality Theory of 1923, to include the id, the ego and the superego.

Whereas the id is the primitive and instinctual part of the mind, containing sexual, impulsive and aggressive drives and hidden memories, the ego mediates between the unrealistic id and the external world, says SimplyPsychology.org, adding that the “superego’s function is to control the id’s impulses, especially those which society forbids. It also has the function of persuading the ego to turn to moralistic goals rather than simply realistic ones and to strive for perfection.”

I agree with psychology that human behaviour holds a mirror to the mind. However, I think only money and maybe a few other innovations attract man like the physical mirror does. Or, why, apart from greed and wickedness, did Africans sell their brothers and sisters into slavery for MIRRORS, alcohol, iron, guns etc?

To date, egotism, a form of obsession with self, explains man’s everyday strutting before the mirror like a peacock.

When I close my eyes to imagine the reaction on the faces of African slave merchants in the slave trade era upon seeing the mirror for the first time, I see modern-day Nigerian political leaders – frenzied and convulsing at the sight of the treasury and its contents.

After the late King of Pop, Michael Jackson, released the monster-hit album, Thriller, on November 30, 1982, he worked on a perfect follow-up album six years later. And Bad was born.

In the Bad album is the song Man in the mirror, which is a call for CHANGE and the realisation that CHANGE starts with self.

Written by Siedah Garrett, a great vocalist, and Glen Ballard, an awesome composer, Man in the mirror was Jackson’s answer to personal and global turmoil, amid mounting accusations of paranoia, and worldwide agitation over hunger and war.

For Jackson, man is capable of overcoming personal and global challenges on the wings of love, determination and courage.

The video also includes groups like Nazi and Ku Klux Klan who represent the ills the aforementioned figures stood against.

In a soulful tune that witnessed many fans weeping and fainting due to sheer hysteria, Jackson, in his trademark jerry curls, uniform jacket, blings, white socks and black loafers, sings:
I’m starting with the man in the mirror
I’m asking him to change his ways
And no message could’ve been any clearer.
If they wanna make the world a better place
Take a look at yourself and then make a change.

I can’t avow that Nigeria’s President, Major Muhammadu Buhari (retd.), is a Michael Jackson fan. But I can vow that the President has never heard Man in the mirror. And if he has, the president has not, in the last six years, heeded the advice given by Jackson in the song – make a change.

If the old soldier had heard and heeded the song, Nigeria wouldn’t have dropped from his old hands and smashed into smithereens of ethnic agitations, terrorism, kidnapping, strife and despair.

I’m not sure the pastoral calling of the Vice President, Yemi Osinbajo, allows for moonwalking and backsliding a la Jackson. But, I’m sure Nigerians’ cry of agony is reaching the ears of veepee even in Aso Rock.

In 2015 and 2019, Buhari-Osinbajo stood before the mirror of the Nigerian electorate and made promises. They promised to fight insecurity and protect every Nigerian. Today, the Abuja residence of a Supreme Court judge, Justice Mary Odili, was raided – just like other midnight raids on judges across the country.

In 2015 and 2019, Buhari-Osinbajo looked in the Nigerian mirror and promised to curb corruption. Today, the Buhari-Osinbajo regime hasn’t released a cop from the North, Abba Kyari, for trial in the US over alleged complicity in multi-million dollar international fraud.

In 2015 and 2019, Buhari-Osinbajo promised to be fair to all Nigerians, irrespective of language, tribe or creed. Today, disgraced former acting Chairman of the Economic and Financial Crimes Commission, EFCC, Ibrahim Magu, hasn’t been charged to court despite disturbing allegations of fraud levelled against him.

The Buhari-Osinbajo regime has yet to implement the recommendations of the Justice Ayo Salami-led panel, which probed Magu over alleged financial scandals, one year after the submission of the report.

Magu will retire early next year, lie low for sometime and re-emerge to contest and win election into the Senate or Borno State Government House, where he would continue the anti-corruption war.

The toothless and barkless anti-corruption dog of the Buhari-Osinbajo regime is long dead and buried. Were it alive, it should’ve barked in Ikoyi, and bitten at Bourdillon, where bullion vans scurried an undisclosed amount of money into the villa of a kingmaker on the eve of national elections.

When Kyari was indicted in July by the FBI, I predicted that the Buhari-Osinbajo regime will defend his extradition to the death. It’s four months on, Kyari is still enjoying his freedom while the leader of the internet syndicate, Ramon Abbas aka Hushpuppi, has settled down to life in US prison.

I believe that if the US became serious and persistent on having Kyari, an arrangee panel of inquiry will suddenly indict Kyari for snoring in his sleep and send him to jail in his Borno residence.

Nigerians are still waiting for explanations from the Buhari-Osinbajo regime as to why the Attorney General of the Federation, Abubakar Malami, withdrew the N25 billion fraud case against a former governor of Gombe State, Danjuma Goje, barely three weeks after the former governor abandoned his ambition to run for Senate Presidency, and decided to endorse Senator Ahmed Lawan, who was the choice of Aso Rock.

Sadly, the country that the Buhari-Osinbajo regime is bequeathing to Nigerians in 2023 is the one that makes stealing appear highly profitable as pension rogue, Abdulrasheed Maina, gladly got eight years for a N2 billion heist, knowing full well that he would spend his time in a luxurious jail – before heading home to contest election.

At the beginning of 2021, I had a new year resolution. It’s to enter the Guinness Book of World Records. A few weeks to the end of the year, however, I’m yet to fulfil my dream. I’m looking for a tailor who can make me a babanriga with the deepest pocket in the world!

The current owner of the babanriga with the deepest pocket resides in a big mansion in Kano, where he holds aloft the Guinness Book of World Records for the deepest babanriga pocket. He stuffs dollars in his babaringa pocket, I’ll stuff some whatchamacallits into mine. At least, what is good for the goose is sauce for the gandollar.

•Odesola, a journalist and public affairs analyst,writes from the United States of America, USA, and can be reached via: Email: tundeodes2003@yahoo.com; Facebook: @tunde odesola;
Twitter: @tunde_odesola