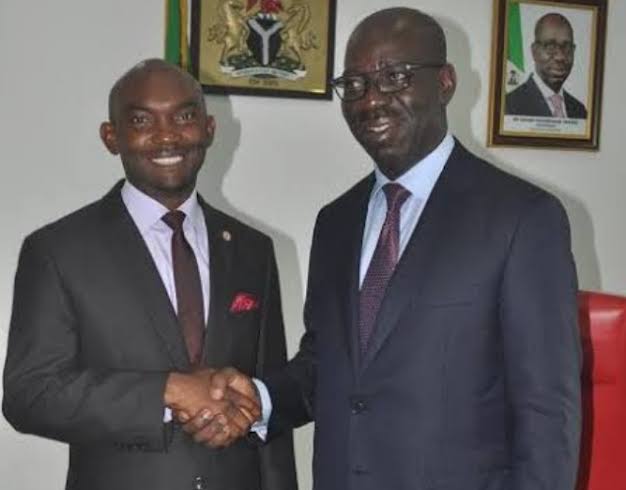 The Edo State governor, Godwin Obaseki, has accused his immediate past Chief of Staff, CoS, Taiwo Akerele of blackmailing him.

Akerele had on Saturday resigned his appointment as Obaseki’s CoS, citing “administrative and governance grounds,” as reasons for his quitting the cabinet.

However, 24 hours later, the former CoS pointed accusing at his estranged former boss of using state actors, the Department of State service, DSS, to hound him.

But in a rebuttal, through the Edo State Commissioner for Information, Paul Ohonbamu, during a press interview, Obaseki said Akerele’s allegation smacks of blackmailing, adding that he had moved on with the appointment of Osaze  Uzamere as the new CoS.

Ohonbamu said, “To Governor Obaseki, Akerele is in the past and his replacement in less than 24 hours bears testimony to this.

“His allegation that the governor is after him smacks of blackmail and it is a new low in all the efforts to disparage the governor.”