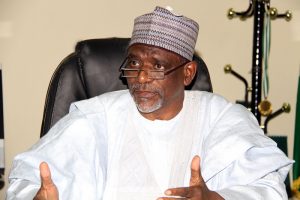 Candidates sitting for the 2020 Unified Tertiary Matriculation Examination, UTME, have been warned to desist from malpractices, by the Minister of Education, Adamu Adamu.

This was just as the Joint Admissions and Matriculation Board, JAMB, holds mock UTME today.

Saying that the Federal Government detested corrupt practices, such as admission racketeering, Adamu warned universities and other tertiary institutions to abide by the rules of the Central Admission Processing System, CAPS, established by JAMB.

Speaking at the commissioning of the newly-built JAMB’s General Services Department Building at the board’s headquarters in Bwari, the minister said, “Candidates who are billed to sit for the 2020 UTME are urged to refrain from any form of malpractices, as this administration detests all forms of corruption, including examination malpractice and admission racketeering.

“Permit me to seize this opportunity to state that the leadership of any higher institution found to be involved in admitting any candidate without the prior approval of the board or outside the established platform – CAPS – would be considered and treated as corrupting the system.”