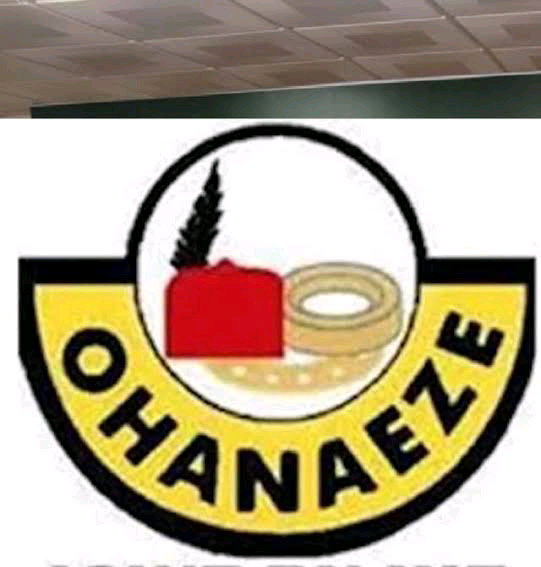 An illustrious Igbo son, residing in Cross River State, Barr. Ugorji Nwabueze, has charged his kinsmen in the state not to listen to rumours making the rounds in some quarters that he is no longer the President of the state chapter of Ohanaeze Ndigbo.

Nwabueze dropped the charge while reacting to insinuations that he has been detroned by his kinsmen as President of the ethnic group in Cross River State.

In a chat with CompassNG in his office in Calabar yesterday, Nwabueze stated that the people who gave him the mandate to serve them have not asked him to step aside, insisting that he can only step aside when his tenure of offoce elapsed.

He said, “Please, note that I am still the President of Ohanaeze Ndigbo, Cross River State branch and still enjoy the respect and good will of my people, home and in diaspora.

“Recently, in February, I was mandated to lead a delegation on behalf of Ohanaeze Worldwide to the funeral of former governor of Akwa Ibom State, late Idongest Nkanga.

“It follows therefore that any meeting called and not authorised by me to the extent of not having my approval is illegal, null and void.”

Recall that Nwabueze’s problems with a faction of his kinsmen began when he gave an order that Ohanaeze Ndigbo meeting, earlier scheduled for March 24, this year in Ugep community, Yakurr Local Government Area of the state was put on hold following tense security situation in the council area.

He added, “The real meeting fixed by me for Ugep for March 24, 2021 was on the basis of security report called off.

He said that unfortunately, certain individuals decided to hold the meeting against the orders of Ohanaeze Ndigbo leadership in Cross River State.

“The said illegal meeting had the attention of Dr A A Mboto Ps/Sso, who on March 19, 2021 asked the conveners of the meeting to step it down, as it did not have approval of the state government.

“Disrespectfully, some of the renegades went ahead to hold the meeting in a secret place

“The said meeting of March 20, having not been authorised by me can not be a proper meeting of Ohanaeze Ndigbo, and so any decision emanating therefrom is null and void.

“Ohanaeze Ndigbo state meetings has never and can not hold in the private home of a deluded self-acclaimed chief.”

The embattled Nwabueze maintained that there is no longer any group in Igbo land that goes by the name Eze Indigbo, stressing that the South East Traditional Rulers Council, by an overwhelming decision in its widely circulated advertorial, published in the Sun Newspapers of early October, 2018, banned the use of the title of Eze Ndi Igbo in diaspora.

In a release, Nwabueze urged all Ndigbo sons and daughters residing in Cross River State to disregard any meeting for what ever purpose, scheduled for May 18, this year in Ikom.

He release further stressed that there is a panel already set up by the President and Senior Special Assistant, SSA, to the governor on Non Indigenes, to investigate the extent of some Ndigbo in IPOB activities in the state.

He averred, “As long as that is done and the security issues cleared by state government, meeting will be held virtually.”

Nwabueze further stressed that Ohanaeze Ndigbo has no record of any of its sons appointed as Senior Special Adviser to the Governor on Ethics and Norms, stressing that such impostor, using the said title to fight government and Igbo should do a rethink, before being charged for impersonation.