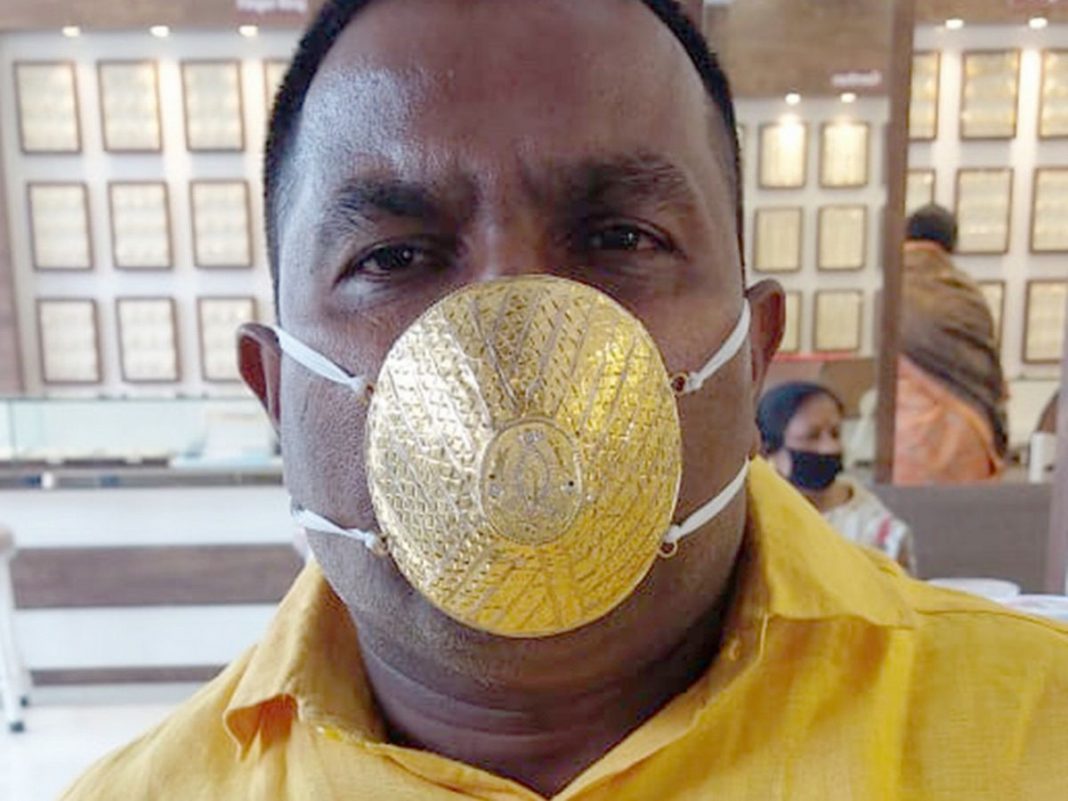 An Indian man, Shankar Kurhade, has spent about $4,000 for a bespoke gold face mask to shield himself from the dreaded coronavirus.

Kurhade, from the western city of Pune, said, “It is a thin mask and has tiny pores that are helping me to breathe.”

The 49-year-old businessman claimed that he likes adorning himself with gold jewellery weighing one kilogramme, including a bracelet, necklace and rings on all fingers of his right hand, whenever he is going out.

Kurhade, whose company makes industrial sheds, said he got the idea for the gold face mask after seeing a media report about a man wearing a face mask made from silver.

He added, “People are asking me for selfies. They are awestruck when they see me wearing the gold mask in markets.”

India has made face masks mandatory in public places in a bid to control the spread of the virus in the country, which has around 650,000 confirmed cases and more than 18,600 fatalities.