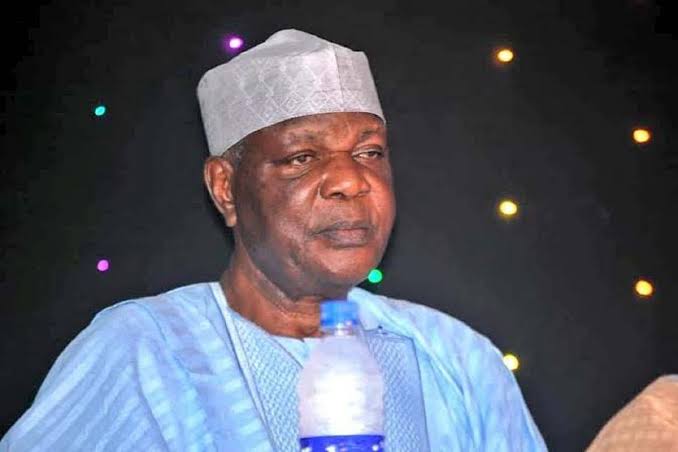 Facebook
Twitter
Pinterest
WhatsApp
Email
By Adeniyi Adedeji, Ilorin
The burial team of the Kwara State COVID-19 Technical Committee supervised the burial of the remains of the Kwara State Chief of Staff, CoS,  to the Kwara State governor, Aminu Adisa Logun, on Wednesday.
The burial took place at the premises of his house along Ijumu Road, GRA, Ilorin, the state capital in line with COVID-19 protocols and guidelines.
The late CoS died on Tuesday evening  and the burial was led by the Chief Imam of Ilorin, Alhaji Bashir Soliu, who offered the janazah prayers on the deceased.
In a brief sermon, an Islamic scholar, Dr Abubakar Imam Aliagan, described the late CoS as a silent achiever, a silent  philanthropist and promoter of unity within his immediate family and the societies where he lived during his life time.
Dr. Aliagan said, “Alhaji Aminu Adisa Logun, since we know him, was a complete gentleman, a lover of humanity. I can recall, may be the last time he came to the family mosque, he made some corrections to the mosque by himself to improve the structure.”
Dr Imam-Aliagan prayed Allah to accept him as one of his servants and grant him Aljanah fridaus.
Government officials present at the low key burial included: the Deputy Governor, Mr. Kayode Alabi, Secretary to the State Government, SSG, Professor Mamman Saba Jubril, Special Adviser to the Governor on Political Matters, Saadudeen Salaudeen and Special Adviser on Special Duties, Yinka Aluko.
Others were: the Special Assistant to the Governor on Religious Affairs (Islamic), Zubair Dan Maigoro; Senior Advisor and Counselor to the Governor, Kale Belgore and the state Director General, Bureau of Lands,  Bolaji Edun.