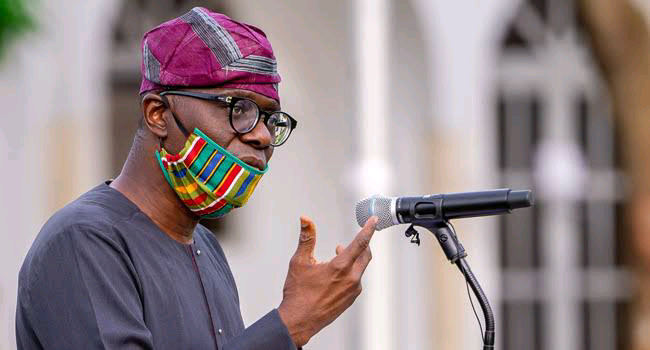 A non-governmental organization, NGO, the Black Youth Vanguard, BYV, has given kudos to the Lagos State governor, Babajide Olusola Sanwo-Olu, for the ground breaking of the first phase of the construction of the Lagos Rail Mass Transit, LRMT, Red Line project on Thursday.

In a statement signed by the BYV leader, Comrade James Adeyemi, and made available to the media in Lagos, Governor Sanwo-Olu was highly commended given a pat on the back for fulfilling the dream of the late former first civilian governor of the Centre of Excellence, Alhaji Lateef Kayode Jakande, LKJ.

Comrade Adeyemi said that the project, expected to cover 28 kilometres from Agbado to Oyingbo, with eight stations, will not only boost the economy of Lagos State, but will also facilitate smooth traffic and thus reduce the pains and stress Lagos residents always suffer along that route on their way to their various working places, adding that the project will now reduce a three-hour journey to 35 minutes, with one million commuters every day!

Recall that the late Alhaji Jakande had wanted to construct a metro rail line in the state during his tenure in the 1980s as the first civilian governor of the state between 1979 and 1983 before the military truncated the then democratic dispensation and thereby caused a great setback for the state in particular and the country as a whole!

Expressing the delight that the project would be completed before the end of the governor’s first term, BYV pointed out that “Sanwo-Olu means business and he deserves to be supported, assisted and encouraged to do more for the overall benefit of the generality of the people.”

It added, “it is gratifying to learn that, adequate funding for the project is available,” insisting that the project is a great testimony of the fulfilment of the electioneering promises of Sanwo-Olu, that his administration would provide robust transportation system for the good people of Lagos, if given the mandate in 2019.

Eulogizing the government for adequate financial compensation to the owners and tenants of the 260 properties affected along the route, the NGO said that the governor is walking his talk through the fulfilment of his manifestos, contained in his administration’s THEMES agenda.

It continued, “There is no doubt that, Sanwo-Olu’s promised commitment to develop an efficient and sustainable transportation system that will improve mobility, promote economic growth and enhance the living conditions of our people, is not a lip service after all. It is now on record that he recognizes the role efficient transportation systems play in enhancing people’s quality of life and as a major driver of socio-economic development.”