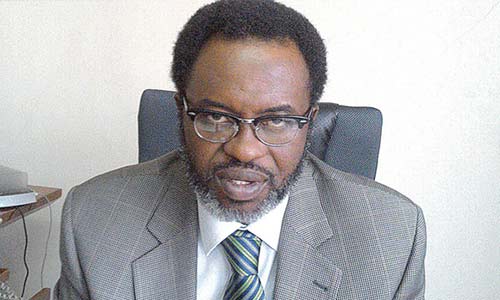 Lagos State Attorney General and Commissioner for Justice, Mr Moyosore Onigbanjo, SAN, has said that the state’s mediation mechanism has been able to resolve over one-billion-naira debt among residents in the last one year in office.

Onigbanjo disclosed this while presenting the scorecard of his ministry and its agencies at the Ministerial Press Briefing held at JJT Park, Alausa, Ikeja as part of activities commemorating the first anniversary of Governor Babajide Sanwo-Olu’s administration, saying that the sum came out of the 22,896 cases that were amicably resolved among parties by the Citizens Mediation Centre, CMC.

He noted that the CMC, which was charged with the responsibility of providing free legal services to residents, received 39,586 cases during the period under review, out of which 30,017 were mediated, adding that other cases not treated were either abandoned by the parties or independently resolved by them.

On Public Prosecution, he revealed that the Directorate received a total of 1,092 case and issued 1,079 legal advice, out of which 1,148 information and proof of evidence were filed in court.

He said, “The DPP, within the period under review, received a total of 282 applications for plea bargain, out of which 230 was approved while 52 applications were rejected and a total of 127 judgments were secured.

“The DPP equally filed charge of involuntary manslaughter against a truck driver on BRT corridor at Ikorodu; charged a Police Officer for murder of one Kolade Johnson; prosecuted the case of Danish citizen who allegedly murdered his wife and daughter; and murder of wife of Maersk MD, among other cases.”

Conversely, he disclosed that the Directorate of Civil Litigation defended the 144 cases that were filed against the state government in the state High Courts, Federal High Court, Court of Appeal and the Supreme Court in the last one year; secured 40 judgments and concluded a number of cases, with reduction of contingent liability for government.

Onigbanjo added that the state Office of the Public Defender, OPD, saddled with the responsibility of providing legal aid and other related functions to the masses, especially the less privileged and the vulnerable, received a total of 427 petitions and 690 criminal cases in the last one year.

He also revealed that the Commercial Law Directorate of the ministry drafted over 100 agreements on behalf of the state government, while 14 major agreements were concluded.

In terms of ramping up infrastructure to strengthen the judiciary and the police, the commissioner said that Governor Sanwo-Olu commissioned a combined High/Magistrate Courts christened Christopher Olatunde Segun Courthouse at Badore, Ajah to promote easy access to justice for Lagosians at the grassroots.