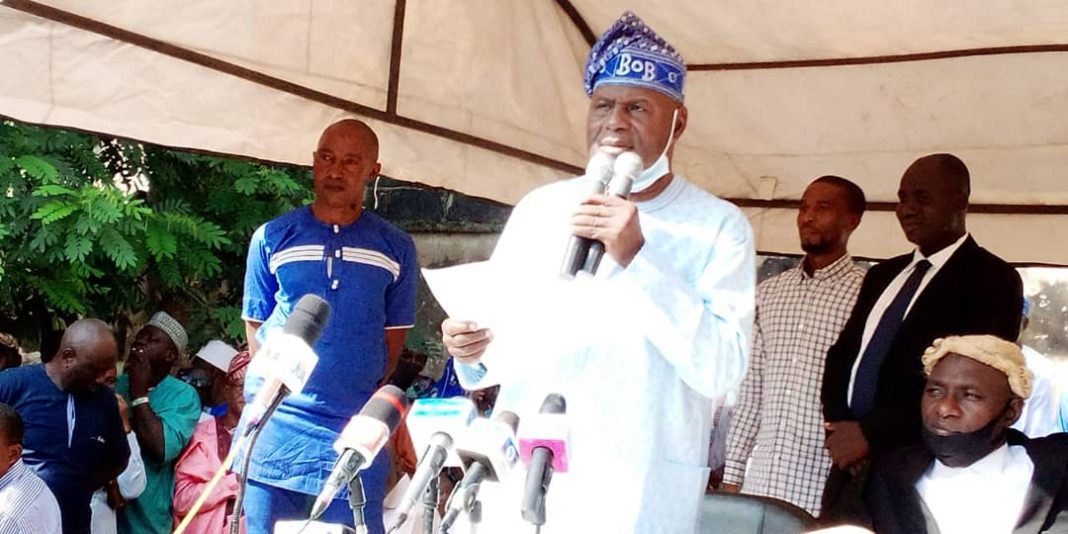 Bolarinwa had last week been inaugurated in Abuja, the Federal Capital Territory, by the National Chairman of the APC Caretaker Committee, Yobe State Governor Mai-Bala Buni, along with others across the states.

No sooner than he was inaugurated in Abuja than a section of party members back home at a press conference said they did not want him as the chairman of the state chapter of the party, even when he had been occupying the office as the party boss in the state since 2018.

Speaking at the inauguration of the local government and ward officials, Bolarinwa called on APC members in the state to shun all divisive tendencies and remain united to enable the party deliver the dividends of democracy to the electorates, who showed uncommon love to vote for the party to win all legs of elections in 2018 and 2019.

He advocated that all party men and women should come together to promote unity and a sound cohesion in the interest of all. 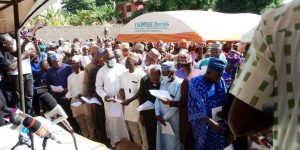 Bolarinwa said, “Let all of us come together and put the era of crisis behind us, as we would have no excuse if at the end, we fail to deliver the yearnings and aspirations of our people.”

Reiterating that the inauguration of the care-taker members of the party has clearly opened a new page for development in the party, in particular, and the state in general, Bolarinwa urged party faithful to remain forward-looking and ensure they did not betray the trust reposed in them by the electorate.

He advised all party members to avail themselves the opportunity of the forthcoming membership revalidation exercise to renew their registrations as nembers.

He also assured residents of the state of the determination of the party to fulfill all its electoral promises.

He also urged the people of the state to continue to give their support to the APC for a robust delivery of the goals of a resounding governance in Kwara State.