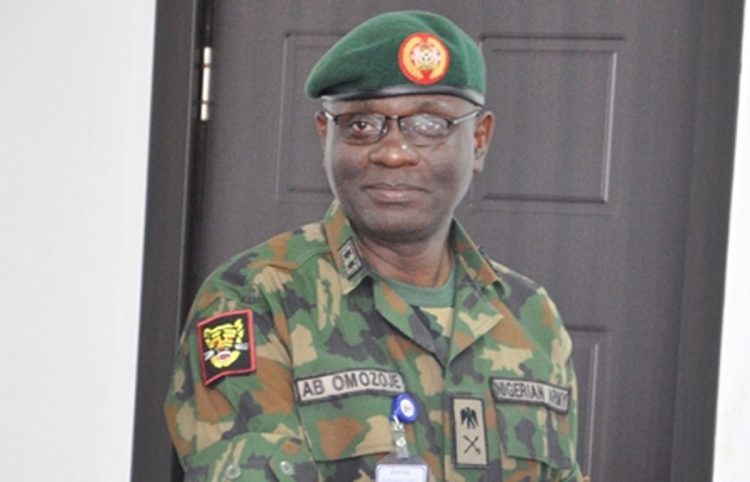 The Nigerian Army has called for more synergy among heads of all the security agencies in Ondo State to address the insecurity challenges in the state.

The News Agency of Nigeria, NAN, reports that the workshop has, as its theme, “Multi-Agency Approach in the Digital Age: The Nigerian Security Agencies in Perspective”.

Omozoje said it had become imperatives for all security agencies in the country, particularly those in Ondo State, to work together and ensure adequate provision of security, emphasizing that the twin issues of kidnappings and killings must be curtailed in the state.

He said, “We are all working towards achieving the same purpose. It is only when we synergy and work together that we will be able to fulfill our mandate.

“We will definitely achieve better results when we collaborate. But, if we work independently, we are going to achieve our respective mandates.”

The GOC, who said that the heads of the security agencies in the state had agreed to step up their operations, promised that the security challenges currently facing the state would soon become a thing of the past.

He said, “We have come to an agreement to step up our operation within the state. We will put a stop to the activities of the criminals. In the past few days, we had had incidents of kidnappings, killings and the like.

“We will not surrender the society to the criminals, and that means we have to come out and come out fully.”

Omozoje said that at the end of the workshop, the security agencies would come up with new ideas and better ways of working together to ensure that security was maintained in the state, adding, “You have to exert leadership and take back space from those criminals and ensure that they are arrested and made to face the full wrath of the law.”

Also speaking, the Commander, 32 Artillery Brigade, Akure, Brigadier-General Abubakar Zakari, said that the upsurge in criminal activities in the state, especially, might not be unconnected with the large arms in circulation, owing to the recent #EndSARS protests across the country.

He said that the workshop was coming at the right time in order to strengthen inter-agency collaboration and curtail criminality.

In his remarks, Ondo State Governor Oluwarotimi Akeredolu, who was represented by his Special Adviser on Security, Mr Jimoh Dojumo, appealed to security agencies to put more efforts into curtailing the rate of insecurity in the state.

Describing Ondo as one of the most peaceful states in the country before the recent EndSARS protests, Akeredolu said that the state must be rescued by security agencies, adding, “The issue of insecurity in Ondo State is part of the aftermath of EndSARS protests and there is no area in the state that is left out. This is more than disturbing.

“You should please put more efforts at ensuring that what had happened in the state in the past is now allowed to happen again,.”

The governor promised his administration’s readiness to support the security agencies to ensure the security of lives and property in the state.

NAN reports that heads of security agencies, such as the Police, DSS, FRSC, NSCDC, NDLEA, Customs and the Nigeria Correctional Service, among others, were present at the occasion.