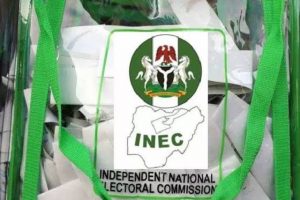 Security agencies have restricted in the nine local government areas that made up the Tudunwada/Doguwa and Bebeji/Kuru federal constituencies where re-run and by-elections elections are scheduled to hold tomorrow, Saturday, January 25.

The Independent National Electoral Commission, INEC will conduct elections into Tudunwada/Doguwa and Bebeji /Kiru federal constituencies, in compliance with a court judgement that annulled the National Assembly elections held in February, 2019 in the two constituencies.

Security agencies involved in the elections have banned both vehicular and human movements into and out of the two federal constituencies, from 8am till 2pm.

However, residents would be allowed to move from their homes to cast their votes at their polling units.

A competent security source, who pleaded anonymity, confided that “it has been confirmedmed that there will be restriction of movement in and out of Tudun Wada, Doguwa, Bebeji and Kiru, all the security commands have been mobilized to that effect.”

When contacted, INEC Public Relations Officer in Kano, Garba Lawal Muhammad, declined comment on the ordered restriction of movements saying “that is the issue for the security agencies to speak on.”

He said, “We have been assured of adequate security, we have been informed by security agencies that all measures are in place to ensure a peaceful conduct of the elections, next Saturday.”