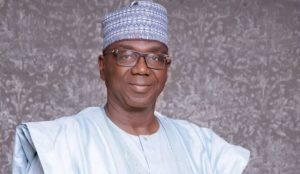 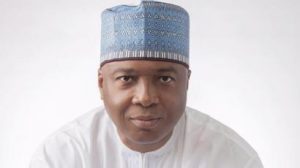 The Kwara State government and the Saraki family have resolved to tow the path negotiation in the resolution of the imbroglio surrounding the demolition of the contentious ‘Ile Arugbo’ by the government.
Lawyers from the two sides told the Kwara State High Court where the issue had become a matter of litigation the both the state government and the Saraki family have reached an agreement to settle the matter out of court and also informed the court that January 27 has been fixed for a meeting to commence the process of finding amicable resolution to the impasse.
The presiding judge, Justice Abiodun Adebara, granted the application from the counsel to the plaintiff and respondent for out-of-court settlement and subsequently adjourned the case.
The Kwara State government had embarked on the demolition of ‘Ile Arugbo’, claiming that it was originally designated to house a secretariat and a parking lot and not properly acquired by the Saraki family.
But the immediate past Senate President, Bukola Saraki, faulted the move, saying that the government embarked on the demolition in bad faith, adding that it was aimed at obliterating the legacies of his late father, Dr Olusola Saraki.
His sister, Gbemisola Saraki, who is a minister under theruling All Progressives Congress, APC, as the state governor, also lashed at the state governor, AbdulRahman Abdulrazaq, saying that the property is replete with history that is beyond the governor’s pettiness. Her anger was basically about her being in the same party with the governor and he did not give her any inkling before embarking on the demolition of the property.
Findings, however, emerged that the state government based its action on the fact that the property in question had never been owned by the late Saraki, and that he only built ‘Ile Arugbo’ on it on a temporary basis to house his philanthropic activities.