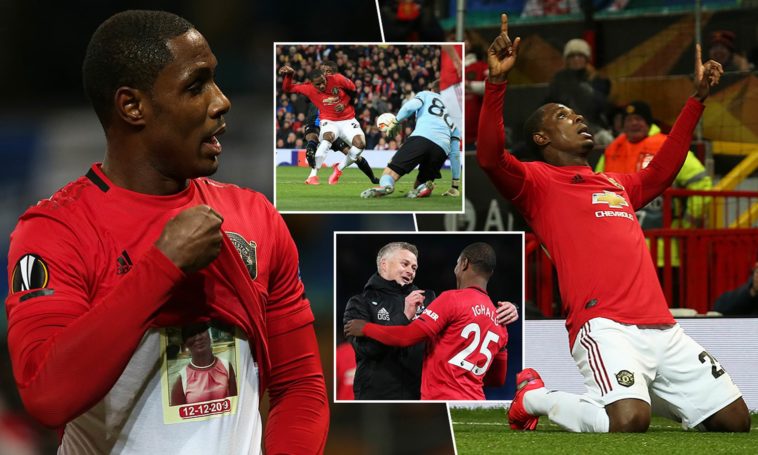 Nigerian international, Odion Ighalo, made history on Thursday night, as the first Nigerian to not only play for English Premiership side, Manchester United, but also score for the English Club.

The 30-year-old Nigerian, who was drafted in to aid the Red Devils’ injury crisis, got his first start in the Europa League start against Club Brugge.

He found the net in the 34th minute after converting from a close range, thanks to Juan Mata’s assist in the 5-0 trumping of the Belgian side.

Some Nigerian celebrities took to Twitter to celebrate with their football brother, like Ebuka Obi-Uchendu, Mayorkun, Mercy Eke and Yul Edochie.