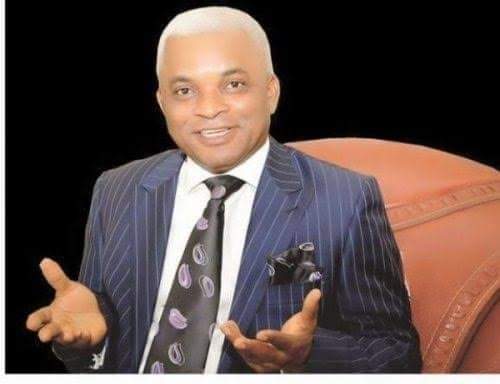 The popular maxim, “one good turn deserves another,” is an apt description befitting the politics of effective representation; and reward for good governance in the first instance.

And in this regard, the representation offered by former spokesman of the House of Representatives between 2007 and 2011, Hon. Eseme Eyiboh, who represented Eket federal constituency of Akwa Ibom State in the lower chamber of the National Assembly, under the Peoples Democratic Party, PDP, quickly comes to mind.

His representation then remains a perfect fit, given the opportunity offered to him to showcase his skills and competencies.

In 2005, when he presided over the Ethical and Attitudinal Re-orientation Commission, EARCOM, under Arc.(Obong) Victor Attah’s administration as Chairman, Hon. Eyiboh turned things around, using the mandate to change the perception of Akwa Ibom people towards governance in the state.

That campaign paid off as it encouraged the people to belief and show faith in the government of the day.

Beyond the EARCOM, Hon. Eyiboh came again as a lawmaker in the Natıonal Assembly, where he represented the people of Eket, Onna, Esit Eket and Ibeno local government areas, popularly known as Eket federal constituency, making laws to improve the well-being of his people and Nigerians in general.

During the period, he was appointed Chairman, House Committee on Information, which provided him the nexus to interface with the National Assembly (House of Representatives) and Nigerians on the enactments and developments in the parliament.

Though, his tenure was short lived, there is the hope that Hon. Eyiboh had a social contract with his people to initiate life touching development projects and human capacity buılding of the people.

Some of the programmes he initiated ranged from infrastructure, integrated agriculture, to provision of social amenities and scholarships/empowerment of constituents with skills acquisition amongst others.

He also initiated the ‘Train the Trainers’ scheme by bringing educational volunteers from Canada, US, Botswana and South Africa, through ‘Teachers Without Borders International,’ and part of his contributions towards man-power development of teachers from the federal constituency at the NYSC permanent camp in Keffi, Nassarawa State.

The programme was also 100 percent funded by Hon. Eyiboh to compliment the state government’s free and compulsory educatıon in the state and 20 of the benefiting teachers were drawn from the four local government areas that constituted the federal constituency.

Other laudable programmes that stoic out Hon Eyiboh during his four-year stint at the House of Representatives include:
Scholarship for Tertiary Institutions Students:
In order to make life meaningful for students with excellent performances, the lawmaker instituted financial grants in support of selected students in various disciplines from the Federla constituency in the Nigerian Law School, Uniuyo, and
University of Stratelyde, UK.

They were trained in different aspects of the programme which included; piggery management, fisheries and poultry farming.

Sports Development:
Hon. Eyiboh trained and graduated some youths in the federal constituency as professional football coaches at the Nigerian Institute of Sports, Lagos, with 100 percent sponsorship including: boarding, tuition, books, equipments. Three persons were selected from each of the four local government areas of the federal constituency as professional coaches.

His then party, the PDP, was not left out in his benevolence, as the lawmaker also donated equıpment to the party, which was 100 per cent privately funded.

Some of the donations include: 860 pieces of plastic chairs, at 20 pieces per ward to the 43 PDP ward offices in the federal constituency; payment of annual rent for each PDP ward office in the 43 wards for one year; 43 pieces of writing tables for 43 PDP wards; one brand new electricity generators each for the four PDP chapter offices of Esit Eket, Onna, Ibeno and Eket local government areas.

Hon. Eyiboh during his first tenure also facilitated more projects in Eket federal constituency through the natıonal budget from 2007 to 2011.

Communication:
He ensured the completion process of the NTA, Eket; the construction of ICT Skill Centres, with computers, printers and accessories at Akpautong, and Afaha Atai in Esit Eket and Eket local government areas respectively.

Given the fact that, Hon. Eyiboh had performed in his first term, he has enough capacity to bring development to his federal constituency once again.

All of the above and his capacity to deliver and rise to the occasion when it matters most are why he is the preffered candidate to represent Eket federal constituency at the green chamber of the National Assembly come 2023.