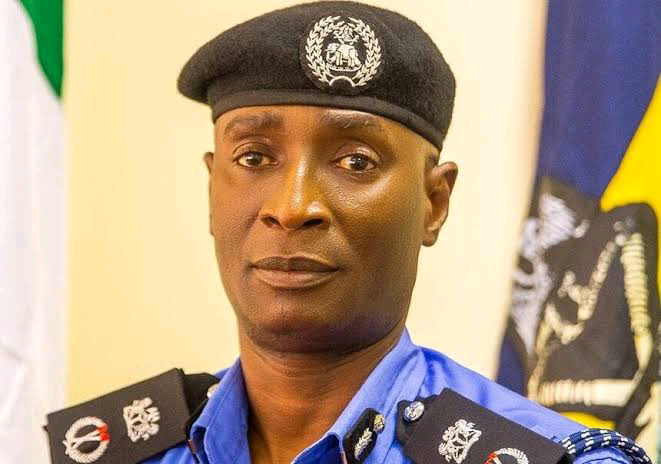 …Parade 24 Others For Criminal Offences

The Cross River State Police Command has arrested and paraded one of its personnel, Inspector Nathaniel Manasseh, for his alleged involvement in gun running.

Paraded alongside Manasseh is a 29-year-old Mr. Akaniyene Inyang Umoh, for his alleged involvement in arson and collaborating with other criminal suspects, some of who are now at large to burn down Ini Police headquarters in Akwa Ibom State, before he ran out of luck and was apprehended by some gallant police offices in Cross River State.

The suspected Inspector however denied the allegation, even though he had already been roped in in the matter by the authority of the state police command, claiming he was jinxed with voodoo powers by one of the harden criminals who he was assigned by the authority of the Police to convey from Obubra Local Government Area of Cross River State to Imo State.

Upon commencement of the journey from Cross River State to Owerri, the embattled police Inspector claimed he was charmed by one of the criminals, stressing that he was hypnotized and the operational riffle was taken away with the vehicle, which he had used to convey the suspects to Owerri.

Immediately the police command heard that some criminals had stolen the riffles and disappeared to the thin air, the command swung into action and combed every nooks and crannies until the criminals suspects were finally fished out and arrested.

Items recovered include: one unregistered Sports Utility Vehicle, SUV, said to be one the vehicles stolen around the Cross River Basin Authority during the #EndSARS protest.

Apart from the gunrunning suspect, the command also paraded 23 other suspected criminals nabbed by the police for various crimes, which include murder, illegal possession of fire arms, armed robbery and cultism.

In his remarks, the state Commissioner of Police, Sikiru Akande, while parading the suspects at the state police headquarters, Diamond Hill, Calabar, urged residents of the state to help the police with information that can assist them burst several criminal gangs for subsequent arrest and prosecution.

He said, “Our achievement today is not unconnected with the cooperation enjoyed from well meaning citizens, critical security stakeholders and corporate bodies that meets regularly to reevaluate our performance so far and the need for improvement that has led to what you are seeing today.

“I want to equivocally state clearly that for the police to function effectively and efficiently in any developed society, the citizens’ participation, collaborative partnership and willingness of the community to constantly equip the police with useful information that can forestall unpleasant occurrence.”

COVID-19: My Thoughts On Lockdown And Palliative Measures