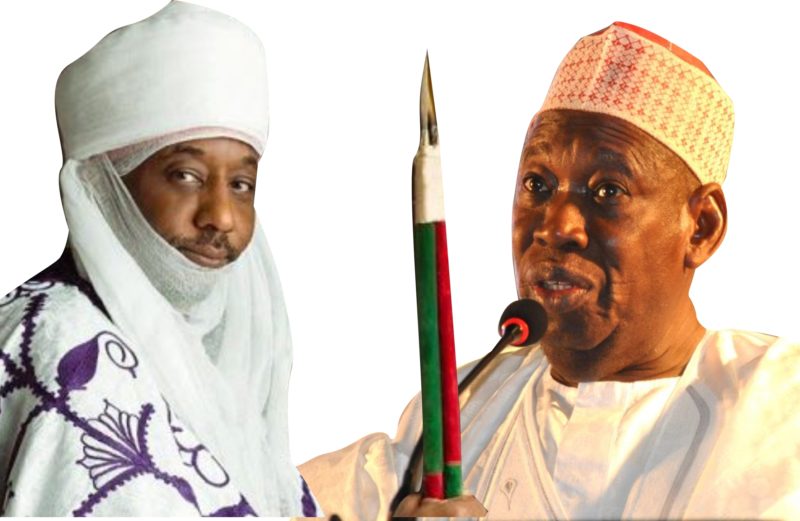 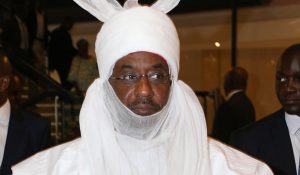 …Sent To Exile In Nasarawa; New Emir To be Appointed Soon

The deposition of Sanusi II, a former governor of the Central Bank of Nigeria, CBN, was announced at a special a Kano State special executive council meeting, chaired by the state governor, Abdullahi Ganduje.

Secretary to the State Government, SSG, Usman Alhaji, in a statement, said the removal was with immediate effect.

The statement reads in part, “The Kano State Executive Council under the chairmanship of His Excellency, the Governor of Kano State, Dr. Abdullahi Umar Ganduje, OFR, has unanimously approved the immediate removal/dethronement of the Emir of Kano Emirate, Muhammad Sunusi II.

“The Emir of Kano is in total disrespect to lawful instructions from the office of the state governor and other lawful authorities, including his persistent refusal to attend official meetings and programmes organized by the government without any lawful justification which amount to total insubordination.

“It is on record and in so many instances, that Malam Muhammad Sunusi II has been found breaching part 3 section 13 (a-e) of the Kano State Emirate Law 2019, and which, if left unchecked, will destroy the good and established image of the Kano Emirate.

“This removal is made after due consultation with the relevant stakeholders and in compliance with part 3 section 13 of the Kano State Emirate Law 2019 and other reasons stated above. 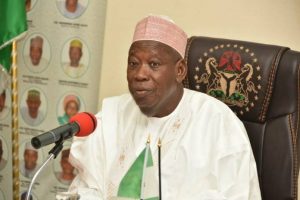 “The removal was reached in order to safeguard the sanctity, culture, tradition, religion and prestige of the Kano Emirate built over a thousand years.”

Before the announcement on Monday, members of the Kano House of Assembly had engaged in a free-for-all over an attempt to remove the Emir.

While calling on the general public to remain calm, law-abiding and to go about their normal businesses, the state government said that “a new Emir of Kano will soon be appointed.”

Meanwhile, shortly before the announcement of the deposition of Sanusi II, the Kano State House of Assembly had engaged in a free for all over issues relating to the emir.

The free-for-all was as a result of an observation raised over the ongoing investigations of petitions of alleged violation of culture, tradition and religious values of the emirate by the emir by the Deputy Speaker and chairman of the Public Complaints and Petition Committee, Hamisu Ibrahim Chidari.

Trouble was said to have started when his observation was opposed by the opposition Peoples Democratic Party, PDP, members of the House, leading to heated arguments which ended in physica combat, while the opposition members attempted to take over the mace, the asymbol of authority of the House, before it was rescued by the security men and the Sergeant of Arm attached to the Assembly.

He had his secondary education at the prestigious King’s College, Lagos, where he graduated in 1977, before proceeding to the Ahmadu Bello University in Zaria, where he bagged a bachelor’s degree in economics in 1981.

Two years later, he bagged a Master’s degree from ABU and lectured at the Faculty of Social Science. His father, who was career diplomat was Nigeria’s ambassador to Belgium, China and Canada.

Nominated by the late President Umaru Musa Yar’Adua as governor of CBN on June 1, 2009, Sanusi had his nomination confirmed by the Senate on June 3, 2009

His grandfather, Muhammadu Sanusi I, was the 11th Emir of Kano from 1953 until 1963, when he was deposed by his cousin, Sir Ahmadu Bello. He succeeded Ado Bayero.

Meanwhile, the deposed emir has been arrested and exiled to Nasarawa State, where it was gathered that he would spend the rest of his life in asylum, amidst tight security

He had earlier been placed under house arrest in his palace.