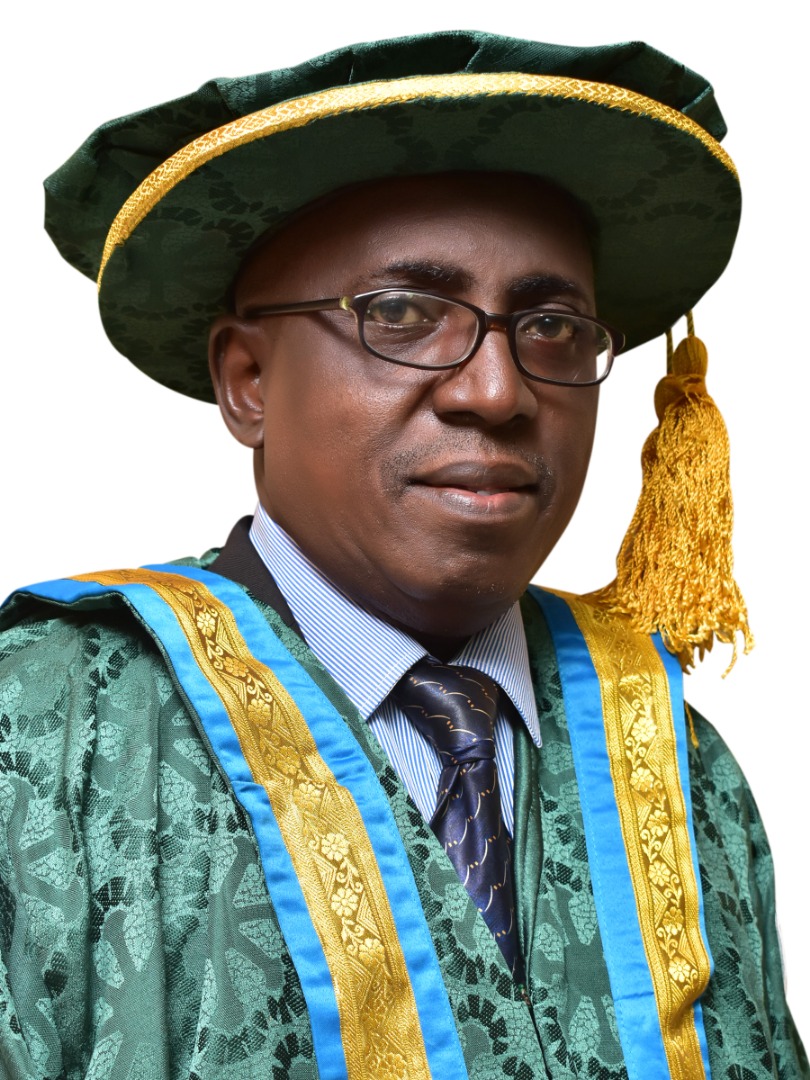 A Professor of Plant Breeding and Genetics, Prof. Olusola Babatunde Kehinde, on Tuesday, November 1 assumed office as the acting Vice Chancellor, VC, of the Federal University of Agriculture, Abeokuta, FUNAAB.

This was contained in a statement by the Head, FUNAAB’s Public Relations Directorate, Mr. Kola Adepọju,FICA, who stated that Prof. Kehinde’s assumption of office followed the expiration of the tenure of the sixth substantive VC of the institution, Prof. Felix Kolawole Salako, whose tenure of office expired on October 31.

Recall that FUNAAB Senate had on September 22, duly nominated Prof Kehinde as Acting Vice Chancellor, a nomination ratified by the university’s new Governing Council on October 7, this pavin the way his assumption of duty as FUNAAB’s acting VC.

Until his emergence as acting Vice Chancellor, Prof Kehinde, fondly called O.B. by his teeming admirers within and outside the campus, was the Deputy Vice-Chancellor, DVC, Development.

And during his short stint as DVC Development, Prof. Kehinde has received commendation and is revered for his immense contributions to the success of Prof. Salako’s administration.

The erudite scholar carved a remarkable niche for himself by rejuvenating the ailing Industrial Park Unit of the university, which he tranformed to a more independent, productive and resourceful FUNAAB Integrated Venture, as the DVC in charge of the unit-turned venture, among other feats.

A consumate scholar, Prof. Kehinde is an alumnus of the prestiguous University of Ibadan, Ibadan, Oyo State, where he obtained a Bachelor of Science, B.Sc., degree in Agricultural Biology, with a Second Class Honours, Upper Division in 1987. This was followed with a Masters of Science, M.Sc., in 1990 and a Doctor of Philosophy, Ph.D in 1994.

Prof. Kehinde began his academic career at the Federal University of Agriculture, Abeokuta, in March, 1994, as an Assistant Lecturer in the Department of Plant Breeding and Seed Technology, and rose through the ranks to become a Professor in 2007.

Prof. Kehinde has served the university in various capacities, including: Dean, College of Plant Science and Crop Production; Director, Institute for Human Resources and Development, INHURD; member, FUNAAB Governing Council; chairman and member of notable committees in the university.

Apart from FUNAAB, the Gbagura-Abeokuta, Ogun State born Prof. Kehinde has contributed to the development of other universities, notably is his remarkable impact at the Lagos State University, LASU, Ojoo, Lagos, which led to his appointment as the acting Pioneer Dean, School of Agriculture.

He was a visiting lecturer at the Mendel University in Brno, Czech Republic.

At the national level, the Acting VC has served his fatherland as member of the National Technical Working Group that reorganized the National Agricultural Cooperative and Rural Development Bank, NACRDB, into the Bank of Agriculture, BoA.

He also served as member of the National Technical Working Group (Agriculture) of the Vision 20:2020.

Prof. Kehinde has published more than 50 scientific articles in national and foreign journals.

He is happily married to Prof. (Mrs.) Iyabode Kehinde, who is presently contributing immensely to the development of FUNAAB in her capacity as Director of Academic Planning, among other engagements, and they are blessed with children.