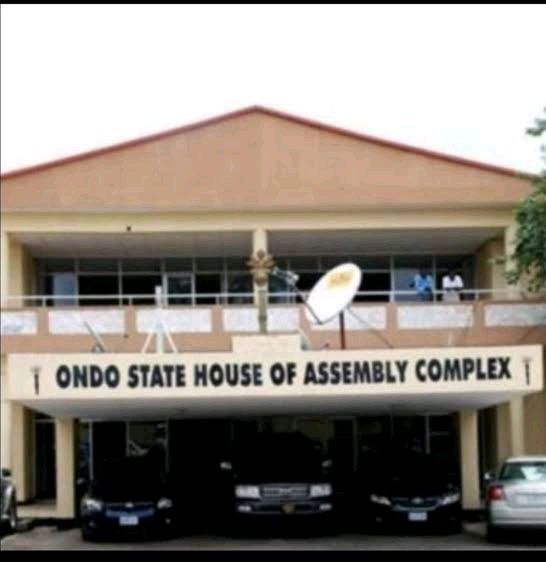 The EFCC had earlier reportedly invited the Speaker of the Ondo State House of Assembly, Hon. Bamidele Oleyelogun, and some civil servants for questioning over the multimillion naira fraud rocking the Assembly.

The Chairman, House Committee on Information, Gbenga Omole, last week, during a chat with reporters denied the EFCC’s invitation of the Speaker, but however admitted that some Assembly workers were invited by the EFCC.

One of the alleged frauds being investigated by the anti-graft agency was said to have been committed in 2019, when the lawmakers were supposed to have attended a two-day seminar organised by National Productivity Centre, Lagos.

An Assembly source said that the lawmakers requested for fund to be released so that four people, who were members of the House Committee on Tertiary Education can attend the seminar that was scheduled for Wednesday, 11 and Thursday 12, December 2019.

Those to attend the ‘seminar’ included the Clerk, the Deputy Speaker, the chains of the House Committee on Tertiary Education, and two members of the committee.

According to the documents requesting for fund, “the ‘seminar’ was aimed at institutional productivity, consciousness and excellence in service among workers and organisations in both public and private sectors, to accord workers and organizations the platform in achieving high productivity, as well as giving impetus to the seminar in charting the pathway in revitalizing the educational sector.”

But, it was discovered that there was no such seminar organised, while the money released by the state Ministry of Finance, amounting to N2.4 million went to private pockets, making the anti graft agency to detained the suspects, who were arrested on Wednesday and taken to the agency’s facility in Lagos.

All efforts at getting the chairman, House Committee on information, Hon. Omole, to speak on this development proved abortive, as he neither picked his calls not responded to text messages sent to his phone.

However, the vice chairman of the House Committee on Information, Hon Abayomi Akinruntan, who also doubles as the parliament secretary, said that it is true that there are some issues within the House of Assembly, and that he was informed that the secretary to a committee was invited for questioning by the EFCC.

He also added that he is not in the state at present..