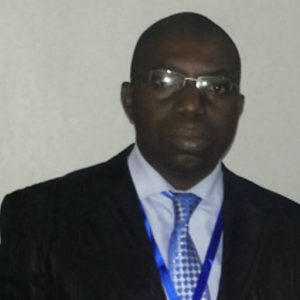 By Wole Adedeji, Ilorin
Female genital mutilation, FGM, otherwise known as female circumstition, has been said to contribute in no small measure to the rampancy of cervical cancer in the country.
A Professor of Medical Virology at the Department of Microbiology, University of Ilorin, Olatunji Mathew Kolawole, who disclosed this, therefore charged governments at all levels to do everything possible to eradicate female genital mutilation in the name of female circumcision in the country.
Making the call while delivering the University of Ilorin’s 190th Inaugural Lecture, titled: “Transcending the Viral World: A Tale of Mimicry, Knickdown and Knockout,” ‎held at the university’s Main Auditorium, the university don also bemoaned the high rate of deaths associated with malaria fever in Nigeria, pointing out that the country currently account for 25 percent of malaria fever worldwide.
Prof. Kolawole, a renowned scholar, who is also the Director of Unilorin’s Institute of Molecular Science and Biotechnology, IMSB, said that it is high time a national health policy was put in place to criminalise genital mutilation of female children.
This, he said, this must be done in order to arrest the growing incidences of cervical cancer in Nigeria.
He averred that the resources committed to treating cancerous conditions and the number of lives lost to cervical cancer made it necessary to do everything possible yo eradicate the practices which encouraged cancer and its associated challenges.
Backing his arguments with statistics, Kokawole said that more than100,000 cases of malaria are annually recorded in Nigeria; out which 85,670 deaths were recorded in 2017 alone.
While calling for massive interventions by government in malaria control, rather than the huge investment in the advertisement of malaria drugs, the don suggested greater investments in the provision of more potable water to the citizenry to reduce problems associated with water-borne illnesses.
The Professor of Virology noted that only 26 percent of Nigerians have access to potable drinking water and sanitation, a situation which poses serious health challenges to the people.
Prof. Kolawole said that the easier citizens get access to potable water, the more improved their health situations would be; even as he called on the government to provide support and start-up capital for the mass production of mini-water purification system that would cater for the water needs of the ordinary citizens of Nigeria.