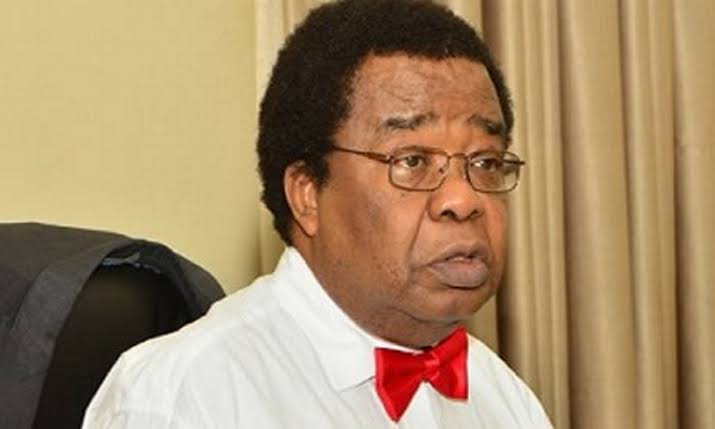 Shocking seems to be the eulogy of unbelievable tributes that greeted the exit of the man Abba Kyari. One of which is the confirmation of President Muhammadu Buhari on the role of Abba Kyari in his government, whom he simply described as, “the best of us”.

With this, the President laid to rest every insinuation regarding who was in charge of his regime by this truth revealed. Kyari, by this Presidential ascent, was the ugly mind, terrible hands and bad face of the Buhari administration.

Though Geoffrey Onyema was the first to wave the olive branch that triggered the controversies that are trailing a man who should have been left to rest in peace, the minister had sought to drive away the twin evil flies of nepotism and bigotry that perched on the man while he was alive. He presented to us a dead liberal Muslim, who was his best man when he wedded his wife of Idoani descent in a Catholic Church in Owo of Yoruba land, South West Nigeria.

Much as Onyema tried, he however didn’t succeed in driving away these twin evil flies; they were lowered with Kyari into his grave.

Several tributes were of interest. While Onyema’s served as an attempt to paint the ugly, good, Simeon Kolawole’s is, of course, a bad company of an ugly life. While the quietness of Onyema can easily be forgotten, who should forgive a man who lives by the pen for refusing to furnish the life of a dear friend with beautiful line on his very ugly life, but chose to write a living epistle of a dead man.

I need not bother you with all who have expressed their rights for or against in their defence of Abba Kyari, neither do I need to struggle at convincing you about the life and times of Abba Kyari, this has been done in what I termed, Tunde Odesola’s ‘Monday Kill, published in The Punch Newspaper of Monday 20th April 2020, under the title: The reign of Abba Kyari.

My preoccupation in this communication is to expose the Judas Iscariot, who has been calling the attention of the Nigerian Christians to the Islamisation Agenda of Abba Kyari-controlled government with 30 silver pence in his pocket.

Femi said of Abba Kyari, “I have lost a friend of forty years, a man of honour, a good man, a loyal friend. We attended Cambridge together, and worked at my father’s law firm. We remained very close till his last moment.”

But Femi’s friend was a foe of the ordinary Nigerian. So his loss was their gain; his mourning was our morning; the death of his friend a new day for us. His man of honour stripped us naked of honour as a people. Under his administration, Boko Haram has the edge over the rest of us, killing at will. And Fulani herdsmen must have our ancestral land without resistance or we pay with our lives, according to Femi’s name sake, surnamed Adesina.

Kyari was a good man to Femi, but he was bad to the Middle Belt, South West, South East, and South South, whose inheritances must be “RUGALISED” as a conquered territory of those who are born only to rule the rest of us. He showed us his fraternal friendship of 40 years to reveal who he truly is: a spy. As the English adage says, show me your friend and I will show you who you are. Now, we know who Femi is; a dancing leaf on the surface of our water, whose drummer was Kyari, beneath the river.

This spy of the political elites among the commoners was so much ‘in love’ with us that we never had a clue of his espionage mission until the death of his paymaster. The loss of his next cheque must have so gotten to him that his emotions got the better of his reasoning that the cat escaped from his bag.

How come he got away with being an All Progressives Congress, APC, mole in the Peooles Democratic Party, PDP camp? How come the pay piper of Kyari played the discordant tunes of Goodluck Ebele Jonathan campaign organisation and everyone danced his beat of avoidable electoral defeat.

Femi Fani Kayode is a man with the mastery of words, eloquent in speech, witty and weighty. You can hardly match him in the craft of his crafty trade of communication. Verbal or written, Femi is a man to fear for his words pierces like a dart. But the charms of words is in the strength of character that utters or authors them. Former President Obasanjo once described Femi as ‘a mouth in service of his stomach.’ How right Baba Iyabo is.

Femi had all it takes to lead the Atiku/Obi Media Team during the last election, except character. In a moment of his own anger over his consistent rejection to be admitted into the Team, was ‘because of a window that was opened to him at the Presidency’. Femi chose the window in preference to the door of the Villa that was opened to him, thus confirming the words of Jesus, that he that enters not by the door is a thief and a robber.

Femi shunned the dignity of the doorway to climb in through the window just to keep his nefarious activities concealed. What a shame!

Femi stood against “Buhari”. For Buhari, what an award winning Nollywood script: The Spy Who Fooled Us. He delivered his lines with skills and mastery to become the unofficial spokesman of our collective opposition against Buhari’s government. While Femi’s vituperations excites us, it put paid to opposition agitations against this very evil administration and gave them nothing to worry about. He won our confidence and therefore became a rallying point of all who were aggrieved with the manhandling of Nigerians and mismanagement of our resources.

Visit to his tweeter handle to know what the belly was saying to the mouth was a daily duty by concerned Nigerians. Femi became the toast of the Ndigbo, a masquerade dressed in the Villa danced to the admiration of the Igbos at home and in the Diaspora, Nnamdi Kanu’s arms were opened to him, so, Kyari’s confidant became Kanu’s compatriot in the agitation of Biafran for self determination. This spy fooled all.

Northern Nigerian Christians saw hope in an “Esau,” who for today’s pot of pottage has sold tomorrow’s greatness.

Except for the Spirit of God, the elect would have been deceived! I would have become a protege of a mad mentor, whose belly is his God. Enormous pressure were mounted on me on the need to meet Femi, but not once did I have a release in my spirit. Femi just doesn’t add up! How can a man with such contentious words be so lightly dealt with by this government with his bad case with the Economic and Financial Crimes Commission,  EFCC? How come the judge is just not available to sit on his case? How come his security details is among the best for anyone without appointment with this government? How come every looter in Buhari’s trap are quiet, behaving and cooperating with Kyari’s controlled administration, except Femi Fani Kayode? How come Femi is the only ‘bush meat,’ who seems not to be worried about the hunter and his dane gun?

FFK, is undaunted by the shock of the people on the revelation of his person and the flowing streams of anger that greeted his tribute, he has a rejoinder, read an extract, “The truth is that when it comes to the gathering of information and acquisition of knowledge and what is REALLY going on behind closed doors on this country, I know far more than virtually all of my traducers, because l have ACCESS to people and places that most of them can only dream about.” What a revelation.

So, Femi knows what was REALLY going on in this country? ACCESS to persons who were troubling us was not a challenge to him. He was a fraternal member of the shrine of the gods of our hardship, yet FFK posed to be the voice of the masses at sunrise to the elites he had dinner with at sun set.

Femi omo Fani Kayode “ti di ilekun to rinu, to ri ode”. Femi the son of Fani Kayode has become a door, seeing both inside and outside of the house. A dual personality with conflicting ideology. “Ohun ni npe ole ko wa ja, o hun na ni npe oloko kowa mu;” he is the informant of the thieves to come and steal, who also alerts the owner to the arrival of the bandits. What a contradiction to pride in!

Lesson learnt: our struggle for a better and greater Nigeria must not be politicised. Our ideology for a restructured federation cannot be championed by politicians. Our drive for generational shift in leadership will never happen left to PDP or APC. We must take our destiny in our hands and consolidate our aggregated Third Force movements across party divide to throw up men with values needed for leadership in this season of our nation.

The folly of the wise is in their failure to understand that God is the all and only wise one, from him all wisdom streams. My prayer for Femi is same as David prayed in the day it became known that Ahitophel was with Absalom: “Oh Lord,” he said, “turn the counsel of Ahitophel to foolishness.” May same be the fate of Femi Fani Kayode.

•Dr. Akinyemi, CFR, a professor of Political Science, is a former Director-General of the Nigerian Institute of International Affairs, NIIA and a former Minister of External Affairs.

Emir Bayero, African Bigmanism And Audacity Of The Blue Blood