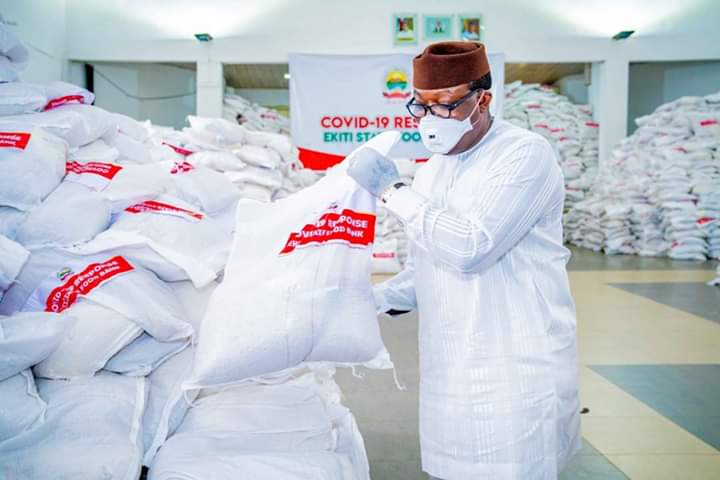 …As FG’s CCT Kicks Off Tuesday

Ekiti State on Monday morning kicked off the distribution of palliatives, tagged ‘Food Bank Initiative’, in all the 16 local government areas of the state.

The first batch of recipients of the Food Bank Initiative, which was kicked off by the governor of the state, Dr. Kayode Fayemi, comprising of about 20,000 vulnerable households, will receive their palliatives through a vulnerable families list generated from the World Bank Single Register of vulnerable persons in Ekiti State.

According to sources, each pack of the palliative is specifically for one household, and not for a street or community to share.

The palliative is the beginning of a series of support for Ekiti residents to cushion the negative effects of the COVID-19 pandemic.

Meanwhile, recipients of the palliatives have been advised to report any suspected tampering with the package by calling 0906 297 0468.

This is just as the Federal Government’s conditional cash transfer, CCT, will kick off in Ekiti State on Tuesday, April 7, 2020.