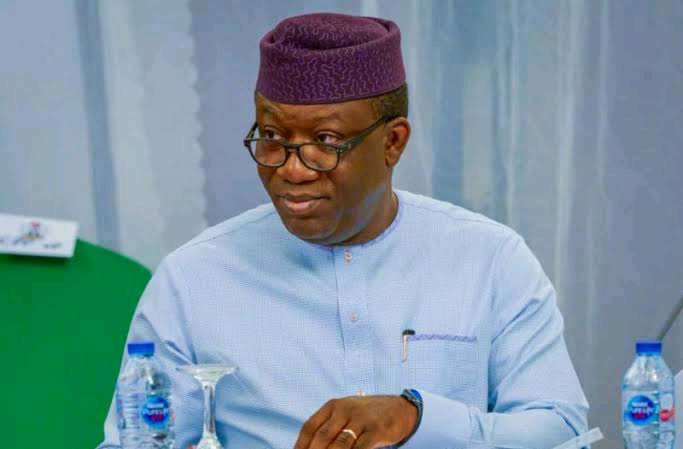 A call has gone to the political class in Ekiti State to pick the next governor from the South senatorial district next year.

The Independent National Electoral Commission, INEC, time table has shown that there is supposed to be a change of baton at the state Government House come June 15, 2022 and former Governor Segun Oni was reported last week to be the first to pick the nomination form so far, for another shot at the coveted position.

Speaking in Orin, Kwara State at the weekend, a youth activist, Comrade Dapo Ipoola, said that the Ekiti South senatorial district should be allowed to produce the next governor in the state, because according to him, the zone has not produced Ekiti State helmsman since inception 25 years ago.

Ipoola who is the All Progressives Congress, APC, Youth Frontier Coordinator in Ekiti State said that it should be the turn of the Southern district, because so far, four respective civilian governors had held sway in Ekiti State, including Chief Oni, but none of them came from the Ekiti South district.

According to him, Chief Adeniyi Adebayo, the first executive governor of the state hailed from the Central district, like his successor, Chief Ayodele Fayose, who happened to run two terms on the saddle.

Similarly, the youth activist said that the incumbent governor, Kayode Fayemi, who is from the Ekiti North district is spending runing his second tenure as governor and Oni who is warming up again is also from Ekiti North.

According to him, the Southern part of the state, which often polls the second largest votes after the Central district in every election had never been given the opportunity to rule.

He said though the current Governor Fayemi is not performing badly, the governor, he said would however be leaving a good legacy behind if he could cause his influence and weight to ensure the enthronement of his successor from the South, pointing out that such would be in the interest of equity.

He further argued that the Southern district is blessed with capable hands that could turn the fortunes of Ekiti State around going by their pedigrees and worth.

He mentioned the likes of Professors Bolaji Aluko and Gbenga Aluko, Hon. Yemi Adaramodu, Hon. Femi Bamidele, former Speaker of the House of Assembly and the current Speaker, Hon. Funminiyi Afuye are all from the South and are quite capable of becoming the next governor.

Meanwhile, the youth activist has joined his voice with the on going clamour for the Federal Government and its agencies, particularly the Federal Inrernal Revenue Service, FIRS, to hands off collecting VAT from the states.

According to him, it was unfair to generate VAT in the Southern states from the sales of alcohol and share the proceeds with the Northern states, where the sales and consumption of alcohol is prohibited, pointing out that 95 per ceyt of this is accruing from alcohols in the South.

He cited recent reported arrests of people for alcoholism in Kano State by the HISBAH; the state security outfit, which went ahead to destroy seized alcoholic drinks valued at millions of naira, whereas the same Kano State partook in the sharing of VAT proceedings generated from alcohols in the South.

Ipoola said it is reported that not less than N419 billion was generated as VAT in one year from a particular state in the South, while only a paktry N9.7 billion was shared to the state.

The activist pleaded with Governor Fayemi to be proactive on the issue of security in Ekiti State, because according to him, insecurity is by the day taking worrisome dimension, particularly, in the North flank of the state.

He said, “The governor should put in place urgent pro-active measures because of the rising activities of Fulani herdsmen in Oke Ako area in Ikole Local Government Area.”