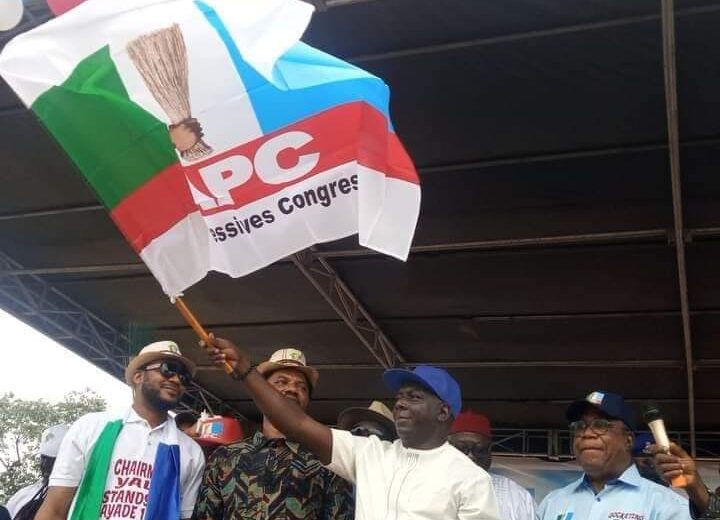 An academic don and former lawmaker, who represented Cross River North senatorial district on the platform of the Peoples Democratic Party, PDP, at the upper chamber of the National Assembly, Senator Stephen Adi Odey, at the weekend defected to the ruling All Progressives Congress, APC.

Odey, former chairman of Cross River State Universal Basic Education, CRSUBEB, was declared winner in the December 5, 2020 Cross River North senatorial bye-election, but had his victory unfortunately upturned by the apex court in favour of his political rival, Jarigbe Agom Jarigbe, a former member of the House of Representatives, representing Ogoja/Yala federal constituency following a twist that followed the senatorial bye-election.

Defecting alongside his staunch supporters in his Yache political ward, in Yala Local Government Area of Cross River State, Odey urged his supporters not to worry as all hope wasn’t lost, stressing that better days are still ahead.

He called on his supporters to work towards building a strong, united and verile party for exchange of ideas, building one another and strengthening the frontiers of development, peace and growth of the entire constituency, adding that the APC was a better platform where politics can be played. 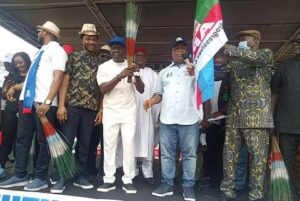 In his reaction, while welcoming Odey to the APC fold, the acting star chairman of the APC, Senator Mathew Mbu Jr. described Senator Odey as the best senator to have ever emerged from Cross River North, because of the unprecedented impact he made within his short stint at the upper chamber of the legislature.

Mbu described Odey as one of the senators who left a track record and written his name in the sand of time, given the numerous contributions made by the former lawmaker, notwithstanding his short stay in the Senate.

Mbu solicited for party supporters in Yache ward in his local government area of the state to collapse all structures to support the Cross River State governor, Prof. Ben Ayade-led APC.

Also speaking at the ceremony, the state deputy governor, Prof. Ivara Esu, lauded Senator Odey for joining the APC, stressing that Odey is one politician who is known for his exceptional humility and unassuming lifestyle.

The deputy governor solicited for the peace, unity and oneness of the party, urging them to work like a team as team work was the surest way to achieve success.

In his remarks, Senator Odey expressed happiness with the way and manner party stakeholders rallied around him, to show thier warm support and assured his supporters that he would not let them down.

The former parliamentarian stated that his decision to move to the ruling APC was for the good of the people who he is serving, because service to the people is not about the political party one belongs to, but being in a political party that is vibrant.

He said, “My policy and my lifestyle is service to my people and not for my selfish gains.”

The defection was graced by different political heavy weights and bigwigs in the APC, including commissioners, local government council chairmen and several top government functionaries.