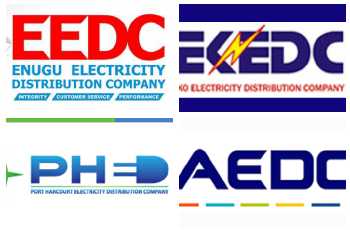 From April 1, consumers of electricity in Nigeria should brace up to cough out more money to electricity Distribution Companies, DisCos, who have wangled another tariff hike, no thanks to an industry watchdog habitually pandering to the tantrums of the corporations like a doting parent panders to the demands of an Abiku.

The Yoruba ‘Abiku,’ ‘Ogbanje’ to the Igbo, is usually the only child of parents afflicted with serial spells of infant mortality. A spoilt-brat to the core, this mystic child usually blackmails its parents with unreasonable demands they strive to satisfy in the hope that such pampering will save them the anguish of losing another child. It is an apt metaphor for Nigeria’s indolent power industry.

Like outbursts thrown by an Ogbanje, this April Fool’s Day fee hike will be the fourth since DisCos took over the distribution end of the electricity value chain in the 2013 unbundling and privatisation of Nigeria’s power sector. But cynics cannot but laugh out loud that despite the over 266 percent triple hike in citizens’ bill since the public monopoly NEPA became wholly privatised in 2013, Nigerians continue to enjoy no corresponding improvement in energy supply.

Even the presidential complex in Aso Rock, the National Assembly and all Ministries, Departments and Agencies, MDAs, continue their annual allocation of billions for generators and diesel to fuel them.

Pampered, over-pampered and over-indulged, the 11 distribution companies continue to behave like Abiku kids, approaching their business with that sense of entitlement that has failed to bring the expected joy of privatisation. These DisCos continue to sell the false premise that under-pricing and low tariffs constitute a major cog to their profitability and efficiency. And like the Abiku’s doting parents, the Nigerian Electricity Regulatory Commission, NERC, continues kowtowing to operators’ recurring demands for higher tariffs, ever reluctant to apply the big stick of sanctions for their failure to improve service delivery.

NERC was established in 2013 as the ombudsman saddled with regulating private operators who bought over Nigeria’s power monopoly. After three name changes, from ECN to NEPA to PHCN, that failed to rid the entity of its sordid habits, the public monopoly was unbundled and the subsidiary companies handed over to private investors in 2013.

While the generation function went to six companies, GENCOs and the transmission arm went solely to the Transmission Company of Nigeria, TCN, distribution was farmed out to 11 core investors.

However, since the 11 DisCos began business seven years ago, they have got NERC to flip base charges skyward from N12 per kilowatt to N32. Next month’s new fees will further raise the bar to N42. For a NERC that has failed in its responsibility to guarantee a commensurate improvement in service, the coming inflation amounts to pampering DisCos.

Are NERC executives motivated by filthy lucre or why else would the industry’s ombudsman approve higher earnings for operators who refuse to raise the benchmark in due diligence and instead fumble and wobble on their primary assignment? Why would the power police throw consumers into the jaws of corporate greed?

There may be no readymade answers to those concerns. One thing is clear though: DisCos’ shenanigans beg the fact that Nigeria poses a huge market that largely remains untapped and under-supplied. Of the country’s estimated population of 200 million, about 120 million Nigerians, an estimated 60 percent, lack access to grid electricity, while the “fortunate” ones suffer extremely erratic power supply.

Understandably, DisCos also have marshalled some defence to explain their lead-legged performance, citing over-regulation of the sector by government through NERC. They also lay some blame on the sabotaging of lines and equipment by vandals. They lament that the GENCOs and TCN supply power to locations not of greatest need but areas of least utility, especially places difficult to recoup revenue.

But the generation and transmission companies hit back with the accusation that the DisCos always reject transmitted electricity. Industry figures show that generational and transmission capacities have shot up but distribution has remained stagnant due to the lack-lustre performance of DisCos.

Thus, DisCos today constitute the weakest link in the country’s electricity value chain. Random statistics over a couple of years show that they regularly displayed lack of capacity to distribute the full complement of power generated and transmitted to them by the GENCOS and TCN.

For example, between January 1 and 14, 2018, the 11 DisCos frustrated total evacuation of generated power to consumers by rejecting 18,600 megawatts (MWs) of electricity transmitted by TCN. The tale of woe continues and last month, between February 3 and February 23, they dumped over 17,000 MWs.

In fact, observers estimate that the aggregate of power refusal under the DisCos had become greater than under NEPA. By this year, the cumulative post-privatisation revenue loss, estimated at the dawn of 2017 at N810 billion or $2.25 billion, will be in the neighbourhood of N1 trillion, $2.8 billion.

DisCos have also underperformed in other sectors. In several locations, desperate consumers continue the NEPA-era tradition of providing their own transformers, poles and cables, while the private handlers have shown no urgency about repairing damaged lines.  In the battle on prepaid metres, DisCos continue to show an uncommon reluctance to supply. And God bless the last National Assembly for jettisoning the mandatory monthly charge of N750 the DisCos originally imposed on prepaid metres.

Next month’s hike will roll back any relief consumers have enjoyed through these commendable breathers. They already have enough to grapple with in the larger economy: diminishing spending power, a higher VAT, a dwindling naira, galloping inflation, shrinking businesses and nightmarish unemployment figures.

From the DisCos, however, the entire posture is one of arrogance. If there is anything that has improved since the DisCos took over, it is the ballooning weight of tariffs on consumers. Some DisCos have slapped an apartheid policy on their target markets.

For example, one DisCo approached landlords in an affluent estate somewhere and undertook to supply light 24-7 in exchange for a flat tariff of N100,000 per home per month. Those ones fell for the offer, had darkness banished and their life has never remained the same again. On the other hand, some low-income high-density areas erstwhile enjoying regular power supply have experienced a sudden depreciation in light quality and quantity.

Unbundling NEPA was supposed to break government’s monopoly of the sector and provide efficiency, as happened with the 1999 liberalisation of the communications sector. But the power sector is still operating like a monopoly with the operators’ umbrella body, ANED, posing as a cartel that randomly arm-twists government and fleeces consumers.

Singapore’s success story comes from the competitiveness of the energy sellers whose competitive efficiency is driven by the consumers’ ability to choose an operator no matter their location, as happens with GSMs, instead of on the basis of geographical location like ours.

Fact is there is a huge market waiting to be tapped. More profit will come with more customers.

The companies feel they have an elastic agreement that will continue to expand and accommodate their indolence. Not so! DisCos must do what the communications and GSM operators did.  Telecoms set up operational engineering backbone and by 2014 had laid 70,000 kilometres surface and 20,000 kilometres of submarine optics fibres. They built competence, competencies and competitiveness. Like the biblical Foolish Virgins, 65 ill-prepared Telcos crashed out in this corporate jungle, including popular names like: Starcomms, MultiLinks, Vodafone and Visafone. Survivors have taken the pre-1999 liberalisation figure of 400,000 lines in the days of government’s NITEL monopoly to a subscription base of over 139.1 million lines.

Power holds even greener prospects. One path out of the woods is to either register more DisCos, or have current operators hand in their licences for new blood to be injected.

Moreover, instead of pandering to operators’ call for the vertical growth of rising tariffs, NERC should egg them on to horizontal growth through expanding distribution networks and new markets. Truth be told, the electricity industry was the people’s commonwealth until it was pawned to opportunists, carpetbaggers and moonlighters, who have coalesced into a fleecing cartel. Who will now bell these well-heeled barracudas and fat cats? But time has come to let these abikus know they must shape up or ship out.

The Nigeria Labour Congress, NLC, and civil society organisations must take up the gauntlet to exorcise this Abiku, not by throwing more money at it, but by a stern demand for performance. Throwing good money at a bad manager never works. More cash never will cure the impotence of DisCos.

They have failed in the social contract with Nigerians and their privatisation agreement is not worth the paper it is written on. So, it should be shredded for a new one that will roster iron-cast deadlines, timelines and coverage that must be held sacrosanct.

And like its immediate predecessors did by relieving Nigerians of the N750 standing charge on prepaid meters, the current National Assembly must get NERC and government to exorcise the Ogbanje spirit of the DisCos and throw out their spoilt-brat demand for a clearly undeserved tariff hike.

To consumers, the looming April Fool’s Day increment in electricity tariff is the tantrum of an over-pampered Abiku, a tasteless joke taken too far.

*Oboagwina, a journalist, writes from Lagos