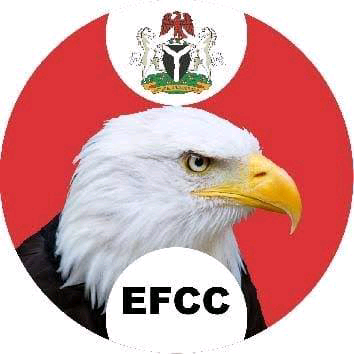 A Federal High Court, Lagos, presided over by Justice Daniel Osiagor on Thursday ordered the service of processes filed in a fundamental right enforcement application on the Economic and Financial Crimes Commission, EFCC.

The judge also ordered the service of the process filed by a lawyer, Mr Dennis Warri, on behalf of the detainee, Mr Oguma Richard Uchenna, to be served on the EFCC through DHL, a courier services company.

Justice Osiagor then adjourned hearing of the application till the 15th of September, 2022.

The applicant , Mr Uchenna, through his lawyer, Mr Warri had applied to the court for the enforcement of his fundament right to liberty, following his continued detention without being charged to court by the anti-graft agency since 11th of May this year.

Uchenna in the application number FHC/L/CS/ 255/22 averred that he was arrested by men of the National Drug Law Enforcement Agency, NDLEA, on the 27th of April this year in the course of carrying out his official duty as a freight forwarder at the NAHCO Export Shed, and was later handed over to officials of the EFCC.

He added that despite meeting all the stipulated conditions of the administrative bail granted him by the agency, the EFCC has refused to release or charge him to court.

The applicant also stated that the agency had persistently refused to accept the process of the fundamental right enforcement application he filed, consequent upon which his lawyer, Mr Warri, had to bring an application for substituted service.

The trial judge then adjourned hearing of the matter till Thursday 16th September, 2022.

Uchenna had in the fundamental right enforcement application asked for a court declaration that his arrest and detention by EFCC since 11th May, 2022 without filing any charge against him were unlawful, unconstitutional, null and void.

He also sought for an order releasing him from the custody of the anti-graft commission and an order restraining the respondents, its servants, privies, agents from harassing, arresting and further arrest and detention without the leave of the court.

In the affidavit in support of the application, the applicant averred that he is a freight forwarder and that in the course of carrying out his normal daily work, he went to NAHCO Shed to cargo a project work for a client and that unknown to him travellers cheques were tucked inside the magazines he went to clear.

The applicant further averred that since his arrest, he had given all necessary cooperation to the EFCC to enable them track the real owner of the project work, but the agency refused to do same, but continue to detain him without charging him to court.