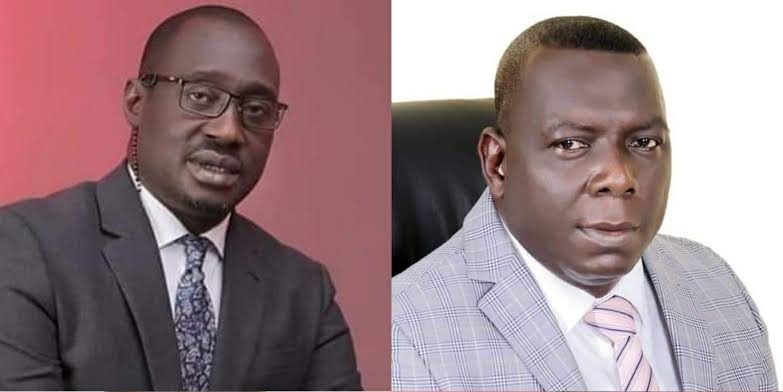 Pandemonium almost broke out in Ogoja township, the headquarters of Cross River Northern senatorial district and its adjourning communities when news broke out that the Independent Electoral Commission, INEC, has issued another certificate of return to Jarigbe Agom Jarigbe, despite the fact that Dr. Stephen Odey, who was declared winner of the senatorial by-elections in the concluded December 5 contest.

Rt. Hon. Jarigbe had approached the Appeal Court and prayed the court to upturned the decision of INEC and invalidate the Certificate of Return issued to Dr. John Odey, who had already been sworn into the Senate by the leadership of the Senate, to enable Odey represent the people of the senatorial district in the red chamber of the National Assembly.

In suit No: CV/77/2020 before that Abuja division of the Court of Appeal, the court upturned the INEC decision and ordered the electoral umpire to issue another certificate of return to Jarigbe.

Following the court order, Jarigbe was issued the Certificate of Return by INEC, in obedience to the order of the Court of Appeal, which in its ruling declared Jarigbe the duly nominated candidate of the PDP and the rightful winner of the election instead of Dr. Odey who was declared by INEC as authentic winner of the contest and sworn in by the Senate.

With the issuance of another certificate of return to Jarigbe on Monday by INEC, it means INEC had so far issued two Certificates of Return to both contestants from the same political party the Peoples Democratic Party, PDP.

Political observers criticized both the court and the electoral umpire for the development.

He said, “Why would INEC and the court be behaving like this? Why would they issue two Certificates of Return to both contestants?

He described the behavior of both institutions as “a theatre of absurd.”

However, another party faithful, claiming to be a staunch supporter of Odey said, “Its Stephen Odey and no one else. Odey remains the authentic winner of the December 5, senatorial by-elections and nobody else.”

On the other hand, another party faithful, a staunch supporter of Rt. Hon Jarigbe, (the current member representing Ogoja/Yala federal constituency at the National Assembly) also claimed that Jarigbe is the authentic winner and that was the reason the Appeal Court ordered INEC to issue “a fresh Certificate of Return to Jarigbe so that he can be sworn in to the Senate in January 26, 2021.”

However, some political observers with opposing view are of the opinion that the confusion might prompt both Odey and Jarigbe to lose the senatorial seat to opposition candidate from the All Progressives Congress, APC, Mr. Joe Agi, SAN, who might be strategizing to take advantage of the slightest mistake by the PDP candidates and appealed to Jarigbe and Odey to sheath their swords for peace to reign in both the party and senatorial district.

A statement from Jarigbe made available to CompassNG in Calabar, shortly after he was issued the Certificate of Return by INEC, stated that he went into the race for the sake of his people and nothing eles.

He siad, “I’m motivated that they believe in me and find me worthy to reclaim the lost glory of our region.

“Like I have always said, Cross River North and her people remain my top most priority.

“Together we shall build the Cross River North of our dreams and not personal or family dynasties. We shall build reliable institutions for the benefit and prosperity of all.”

Confusion began following a unanimous judgment on December 17, where it was gathered that Court of Appeal had upheld the judgment of the trial court that the primaries which produced Jarigbe was conducted with the correct and authentic list of delegates and that Hon Jarigbe, having scored the highest number of valid votes in the primary election is the validly nominated candidate of the PDP.

While on the contrary, one of the party stalwarts, Regina Akumaye, who claimed to be a staunch supporter of Odey, said, “Odey remains the authentic winner of the senatorial by-elections and nobody else.”

However, in the Court of Appeal, Justice Peter Igwe, in a minority judgment, held that having not participated in the primaries elections of the party, the appallent lacked the locals standi to constitute the suit.

She said, “With Odey, I think we are comfortable.”