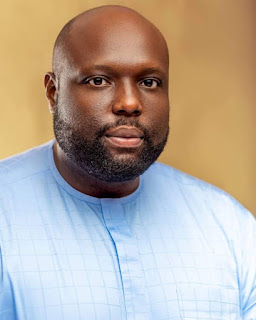 A group of young men and women with like minds operating in Cross River State under the aegis of Cross River Advancement League, CROSAL, has given a two-week ultimatum to the state Commissioner for Finance, Asuquo Ekpeyong Jr. to declare his intention to contest for the office of governor of the state in 2023 or be ready to contend with the group’s anger.

The group further issued a threat to mobilize about 2,000 youths in the state to match to the Cross River State Ministry of Finance and Asuquo’s residence until he heeds to this clarion call.

The threat is coming on the heels of speculation making the rounds in the state that kingmakers had concluded plans to hand over power to old politicians in the state.

Chairman of CROSAL, Mr. Azogor Odeba, averred that since 2015, the group has keenly been observing the political trajectories in the state, taking notes of activities of key actors in government with a view to identifying those who are sincerely committed to the development and growth of the state in their respective capacities.

The group averred that Ekpeyong Jr is among the notable young people with the requisite capacity to steer the ship of the state to the “promised land.”

Sequel to that assumption, the group urged Ekpeyong to, with no further delay, declare his interest to let residents of the state know that he is serious with the business of occupying seat of governor come 2023.

The CROSAL Chairman stressed that Ekpeyong Jr. is one of the youths in the state with the capacity intellect, tenacity and right connection (local and international) for the job.

He said, “Our action today is a product of necessity and born out of our resolute commitment to the advancement of Cross River State.

“Despite the lean financial resources of the state, Ekpeyong Jr has done well due to the managerial efficiency which he possessed.

Odeba added that Ekpeyong Jr is the only person among politicians parading themselves as gubernatorial aspirants, who like Governor Ben Ayade, can carry many young people along, should he be given the privilege to lead the state in 2023.

CROSAL added, “Ekpeyong, who is a strong voice in the All Progressives Congress, APC, youth arm at the national level has greatly contributed to bringing about the financial stability of the state through several models of innovative thinking.”

Members of the group charged Ekpeyong Jr not to joke with this golden opportunity of coming out boldly to let the residents of the state know where he stands or be prepared to incure the wrath of the youth.