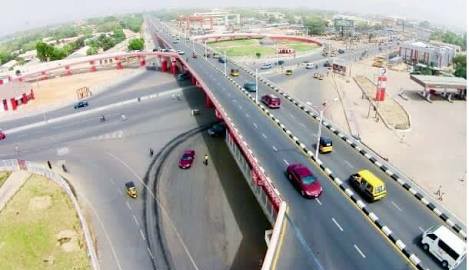 Kano State observed substantial compliance with the mandatory sit-at-home order, as markets, shops, malls and supermarkets are locked up, while major roads are virtually empty of vehicular movements.

Security operatives, majorly consisting of the Police, HISBAH, Civil Defense, Neighborhood Watch and KAROTA, strategically took over locations within the metropolis to ensure that the people obey the stay-at-home order.

Only essential services vehicles and personnel, such as ambulances, security vehicles, press vehicles and health officials and press crews were seen moving around occasionally.

A state government official said those set of people are among the few persons exempted from the order, as they form part of essential service providers.

However, hundreds of homeless persons pose challenge, as they were seen in their hundreds lying by the roadsides and in front of closed shops while their children played around the empty roads.

Attempts by Neighborhood Watch officials to disperse some of them were resisted, as they insisted that they had nowhere to go.

However, there was also non compliance with rhe stay-at-home order by warehouse workers along Civic Centre Road and Ajasa Road, with some of them sayibg that they had to keep vigil over the warehouses, while some said they literally live there. The same scenario played out at Sabon Gari Market.

Meanwhile, sanitation workers were seen removing refuse from the roads, to ensure a cleaner environment in the metropolis.