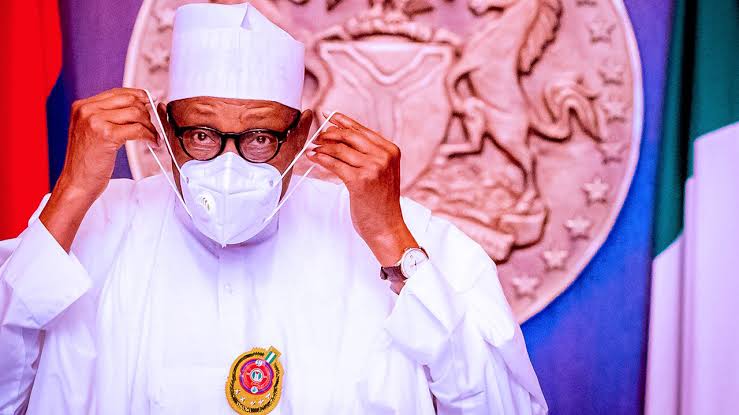 At last, the Miyetti Allah group is being dressed in the borrowed robe of respectability. It was only after the governors meeting in Akure on Monday that I heard of the new acronym by which this apparent backer of terrorism is known. It is now officially the MACBAN, the Miyetti Allah Cattle Breeders Association of Nigeria. Nigeria!! The self-confessed shameless supporters of suspected killers, kidnappers, rapist and freelance merchant of deaths, is now an acknowledged member of the Nigerian power elite. It has found a comfortable place in the cusp of power within the sanctum of the Aso Rock Presidential Villa.

I believe the Miyetti Allah group earned its invitation to Akure over two incidents that happened last week. First was the announced determination of Governor Rotimi Akeredolu to enforce the laws of Ondo State. Second was the rude entrance into the power game by Sunday Adeyemo, alias Sunday Igboho, a grassroots operator, who openly challenged the occupation of northern Oyo State by elements of the Fulani who for many years have engaged in terror activities. At last, the governors of the Yoruba states seem to have risen from their slumber. They ought to know that they have the resources, especially traditional and scientific resources, to deploy in the defence of their ancestral land.

The excuse for these constant provocations by the Fulani herdsmen is that the Fulani are indeed herdsmen and the entire Nigerian estate is their ranch. Since President Muhammadu Buhari came to power in 2015, some of the Fulani leaders have armed some of the herdsmen to enforce this right. Few years ago, a retired military service chief had set up a large farm in Kwara State. His dream was to follow the footsteps of Chief Olusegun Obasanjo and become a farmer to be reckon with. However, he did not reckon with the Fulani herdsmen. They raided his farms, their cattle trampling on the suckling of new plants. When he complained at the police station, those ones advised him to drink the water of patience.

The emergence of Igboho and his group is an indication that patience is running out. We are dealing with a different phenomenon and not the normal Fulani who took care of his cattle and minded his business. For many generations, Fulani herdsmen have pounded the soil of Yoruba, bringing cattle from the North. Yoruba love beef. They love parties and they pay good money for their beef. The Yoruba people also provided space for the Fulani to build their temporary settlements made up usually of mud huts with thatched roofs. They produce the traditional yoghurt, wara, for the neigbouring communities and some of their males also sell traditional medicine. Everyone was happy about this.

In 1979, Chief Obafemi Awolowo, the presidential candidate of the Unity Party of Nigeria, during his campaign in Kano, promised to build a big abattoir that would be able to service both Kano and Lagos. He said what was needed was a fast-moving train that would depart Kano in the night and arrive Lagos at dawn with beef and other products. He said the roaming of cattle about the country was “primitive!” Awolowo lost the election. Majority of Nigerians voted for Alhaji Shehu Shagari, the candidate of the National Party of Nigeria, NPN, who did not make any promise to the people of Kano or Lagos. Shagari became the first Fulani man to rule Nigeria.

Twenty years after Awolowo made his promise, Nigerians continue the primitive practice of open grazing for their cattle and other animals. This was what caused problem in the Ibarapa area of Oyo State when Alhaji Lam Adesina was the elected governor. The Fulani in Oke-Ogun area of Oyo State had clashed with their host community and many lives were lost in the fracas. Major-General Muhammadu Buhari led a delegation of Northern leaders to discuss the matter with Adesina. It was a heated encounter.

Some of my colleagues and I later met with Governor Adesina over the matter. We felt it was not appropriate for citizens of independent Nigeria to be dying because of cattle in the 21th Century. Governor Adesina agreed that cattle ranching was the answer and that he would take appropriate steps to achieve that after the election. He lost the 2003 to Alhaji Rashidi Ladoja. In 2021, there are not many ranches in Oyo or any other states and Nigerians are still dying because of cattle.

During the regime of Chief Obafemi Awolowo in the 1950s, the Western Region Minister of Agriculture, Chief Akin Deko, was a passionate public officer who realized that the future of animal husbandry on a large scale must involve ranching. Therefore, the Western Region government set up ranches across the West; in Ibadan, Shaki, Agege, Ikun, Ikare and many other places. Today, almost all the ranches have disappeared. The only one still functioning is that of Ikun, in Ekiti State, which is being run with a private multinational company.

The laxity in policy implementation has created a vacuum, which provides extensive opportunities for criminals. Since Buhari came to power in 2015, his regime has been unable to contain the violence and lawlessness in the North. In the North-East, our military are confronting the cowardly Boko Haram terrorists who are engaged in a war of harassment and mayhem. In the North-West, band of criminals have taken over swath of territories, including the President’s home state of Katsina. So bad is the situation that even the Nigerian Air Force is involved in bombing suspected criminal hideouts. I don’t know of any other country in the world where the air force is used for law enforcement operations. Such is the degeneration of Nigeria under Buhari’s watch.

The Yoruba leadership needs to wake up to the clear and present danger posed to the polity by the presence of this archipelago. Therefore, the decisions agreed upon in Akure must be carried out to the letter. Every person, whether Fulani, Yoruba or any other ethnic group involved in the cattle trade must be known and properly registered by the authorities. The authorities should, also know all legitimate members of the Miyetti Allah. All illegal occupiers of forest reserves must be flushed out. All those who have been arrested should be prosecuted quickly and served with the menu of justice.

In the long term, we cannot run away from ranching. Our people are in love with beef and beef does not grow on trees. Therefore, the government should not be shy into taking more interest in ensuring that animals are properly reared in ranches. Few weeks ago, I went to a private university near Ibadan only to be confronted with the sight of hundreds of cattle roaming on the campus. I made my enquiry and was told “they belong to Kabiyesi.” Such impunity should no longer be tolerated.

There are immediate actions that has to be taken. The Sunday Igboho model may seem dramatic and romantic, but that may not solve all the problems. But it would help solve an immediate problem. There are traditional ways of solving the criminal challenges that may arise in the wake of our enduring love for beef. The governors should take cognizance of this. It would be wrong for the people to ask Buhari to come and help us solve a problem we ought to solve ourselves.