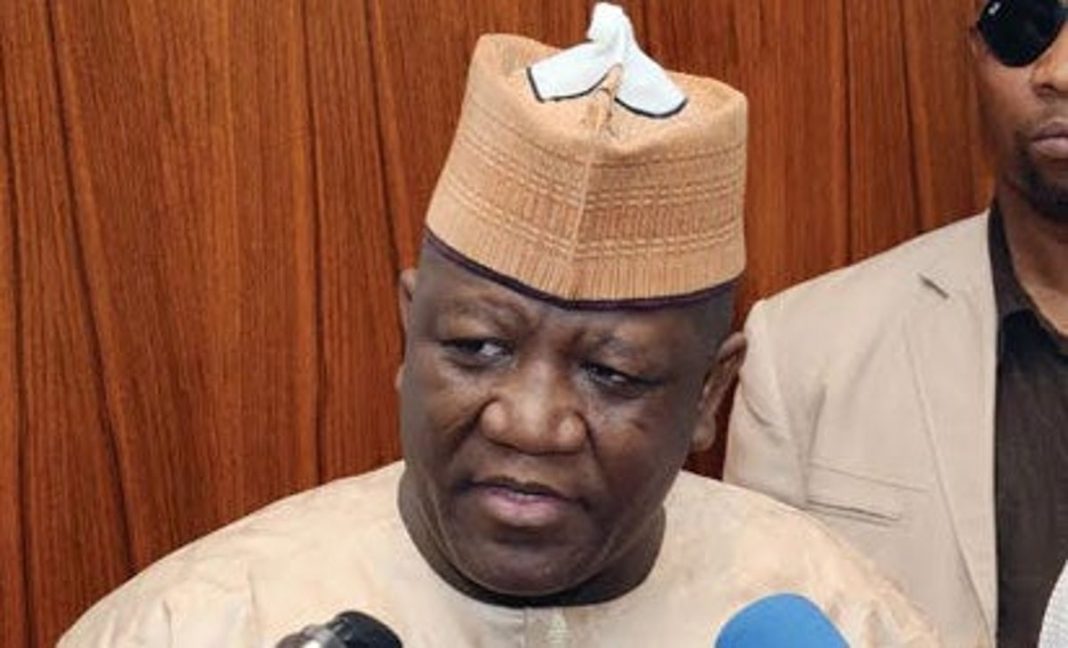 The Centre for Anti-Corruption and Open Leadership, CACOL, has taken a swipe at the action of former governor of Zamfara State, Abdulaziz Yari, for allegedly assaulting an environmental officer enforcing the COVID-19 protocol put in place to curb the spread of the dreaded virus at the nation’s airports.

In a release issued on behalf of CACOL Chairman, Mr. Debo Adeniran and signed by its Coordinator, Administration and Programmes, Mr. Tola Oresanwo, CACOL noted, “The Centre for Anti-Corruption and Open Leadership, CACOL, received with concern and disapproval news making the rounds to the effect that the former governor of Zamfara State, Abdulaziz Yari, allegedly assaulted an airport official who was doing what he was paid to do.”

Recall that the airport officer, on Saturday at the Malam Aminu Kano International Airport, Kano in Kano State, tried to disinfect the luggage of the former governor, who was a passenger, but Yari pushed him away, claiming he was a very important personality.

CACOL said, “We condemn the attitude of this former governor in its entirety. His action is reckless and height of irresponsibility. By his action, he has portrayed himself as an enemy of the state going by the enormity of the effects of the COVID 19 pandemic on the country. One would have expected a supposed ‘Very Important Personality’ to support and abide with all directives and protocols laid down to stem the tide of this pandemic.

“It is lamentable that a man of his status would make nonsense of a well thought out arrangement and protocol aimed at curtailing the spread of the dreaded virus. His attitude shows that many of our past and present public office holders see themselves as superman and demigods, who should always be revered, adored and worshipped wherever they are. Can he try that absurdity in a foreign land? Little wonder then, the reason many of them are so bold to engage in various acts of corruption and acting as if they were above the law while holding public offices and forgetting that power is ephemeral.”

The CACOL Chairman added that against “this unfortunate aberration, we therefore call on Federal Airport Authority of Nigeria, FAAN, to put mechanism in place that would prevent reoccurrence of this unfortunate incidence and spell out sanctions that would be meted out to anyone who violates the COVID 19 protocols, so as to serve as deterrent to others, while calling on the former governor to “publicly apologize for his action.”